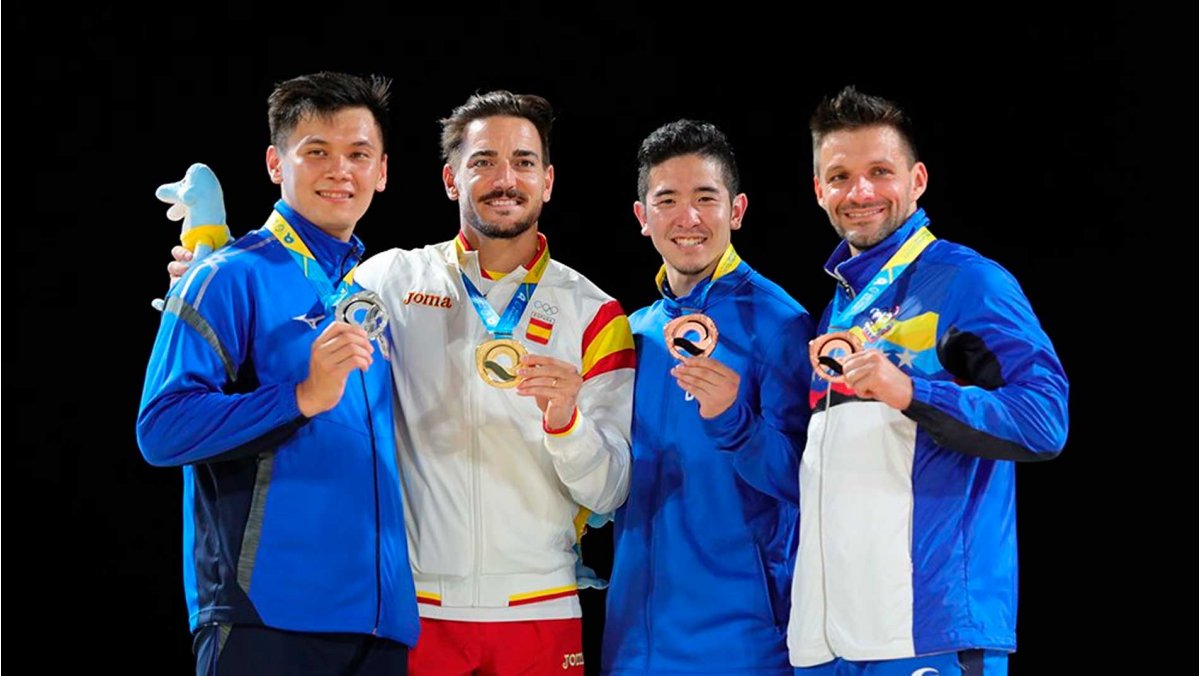 Spain swept all the gold medals of the Karate competition at the ANOC World Beach Games today as Damian Quintero continued team-mate Sandra Sanchez’s success and claimed the title in Male Kata.

Spain swept all the gold medals of the Karate competition at the ANOC World Beach Games today as Damian Quintero continued team-mate Sandra Sanchez’s success with the title in Male Kata.

The crowning of Damian Quintero as the first male champion of Beach Karate completed a memorable day in Doha (Qatar) as the historic Karate tournament at the ANOC World Beach Games concluded in Katara Beach.

Quintero, who is the current 2nd placed karateka in WKF World ranking defeated Yi Ta Wang of Chinese Taipei in a thrilling final. 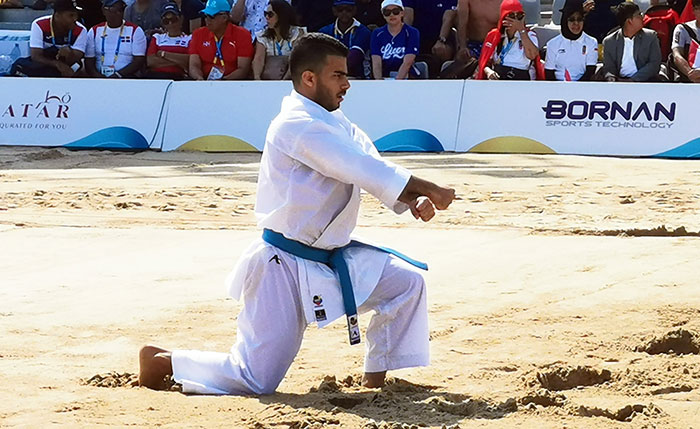 It was a day full of surprises in Doha, and Yi Ta Wang of Chinese Taipei qualified for the title-deciding bout after shocking favourites. The representative of Chinese Taipei is placed 13th in WKF World Ranking and had been away of the podium of major international events since his silver at the 2018 AKF Championships.

In the final, Quintero proved too strong with his performance of “Suparinpei” kata. The Spaniard got a score of 26.40 while Yi Ta Wang received 24.94 points. 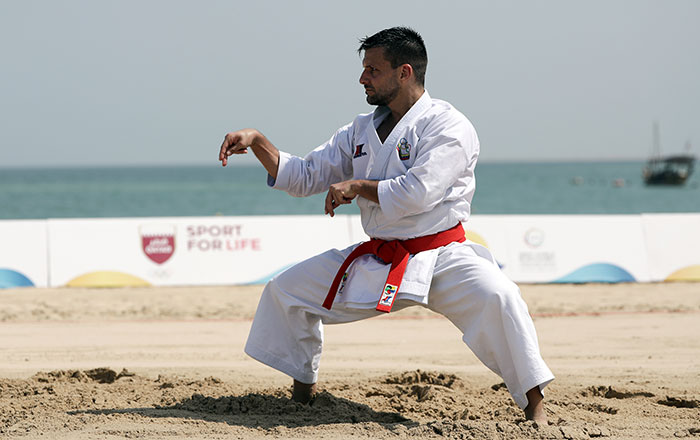 Damian Quintero said: “It has been a great experience. It was the first time that we competed on the sand and I really enjoyed it. All the competitors gave 100%, all of us tried to adapt to the new surface with differences in their katas and it has been a very entertaining tournament. I hope that Karate will continue being part of this event in its future editions."

The podium in Male Kata was completed with Antonio Diaz of Venezuela and Gakuji Tozaki of the USA who upset Salman Almosawi of Kuwait and Ahmad Zigi Zaretsa Yuda of Indonesia, respectively in the bronze medal bouts.

CLICK HERE to go to the summary of Female Kata competition of the ANOC World Beach Games. 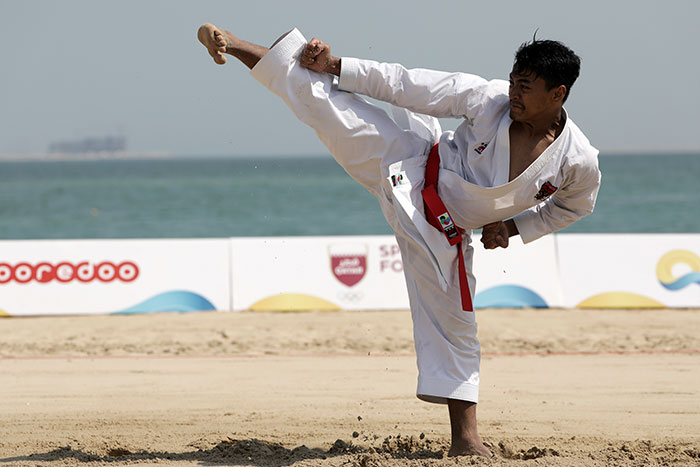