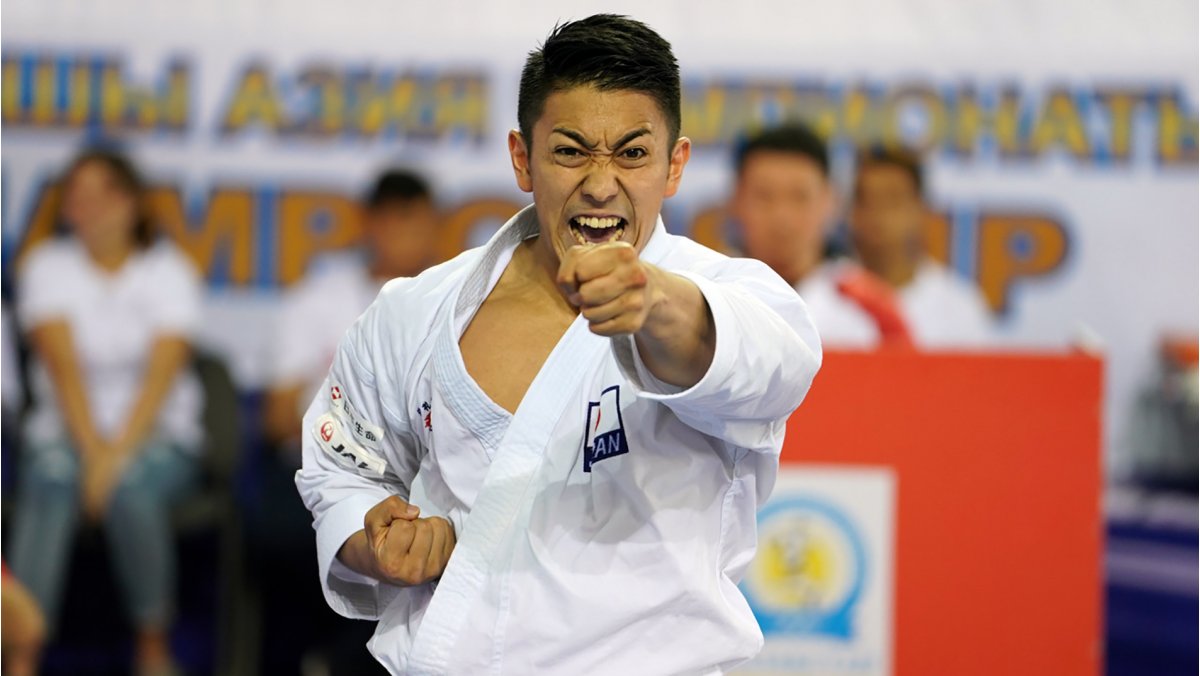 The 2021 AKF Karate Championships are reaching the final stages of the competition with frontrunners qualifying for the finals of the event.

The finals of the Kata categories will see a clash of Japan vs INAKF. Favourite Hikaru Ono of Japan made it to the final of Female Kata after topping the last pool of the competition with a score of 25.68 points.

Her rival in the final is Krisda Putri Aprilia of INAKF who surprised the other competitors in the last pool after getting a score of 25.08.

Meanwhile, World champion and Olympic Games gold medallist Ryo Kiyuna of Japan qualified for his fifth continental final in Male Kata. The four-time World champion dominated the final pool with a score of 26.86.

As it happened in Female Kata, the other spot in the final is taken by the representative of INAKF. Ahmad Zigi Zaresta Yuda impressed today and dominated the pool with a score of 25.54.

Olympic Games bronze medallist Sofya Berultseva gave hosts of Kazakhstan many reasons to celebrate as she produced a sensational performance at home. The 2019 AKF Championships runner-up qualified for the final of Female Kumite +68kg after claiming a convincing 10-4 victory over Leila Borjali of Iran.

Her rival in the final is Yuzuki Sawae of Japan. In her first appearance at the continental championships, the Japanese representative defeated Tzu-Hsuan Wen of Chinese Taipei in the semi-finals 3-0.

The second spot in the finals for the host nation was claimed by Moldir Zhangbyrbay. The Olympian made it to the final stage of Female Kumite -50kg after defeating Sara Bahmanyar of Iran in the semi-finals 7-5.

In one of the highlights of the final day, the clash for the title in the category will be contended by Junna Tsukii of the Philippines. The four-time Karate 1-Premier League medallist qualified for her first continental final following a 3-2 victory over Hawraa Al Ajmi of UAE.

The third Olympian succeeding today was Tareg Hamedi of Saudi Arabia. The Olympic Games silver medallist demonstrated top form with his qualification to the final of Male Kumite +84kg following an impressive 7-0 victory over Adilet Shadykanov of Kyrgyzstan.

The other finalist in the category is Saleh Abazari of Iran who qualified for his second final after defeating Sulaiman Almulla of UAE 7-2.

The category of Male Kumite -84kg was marked by Zabiollah Poorshab’s remarkable performance. The Iranian karateka who is the current Grand Winner defeated Mazen Aldogail of Saudi Arabia 4-2 to make it to his second continental final.

The other spot in the tatami will be taken by Rikito Shimada of Japan who surprised with his first qualification to a continental final after beating local karateka Beibarys Zhangbyr 4-1.

After taking 33 medals thus far, the Iranian delegation reached another option for gold with Mobina Heydariozomcheloe’s qualification to the final of Female Kumite -68kg.

In a clash between two of the powerhouse nations in the continent, the other final spot is for Kayo Someya of Japan who aims at taking her fourth continental crown.

The category of Male Kumite -60kg will also have a representative of Iran clashing for gold as Ali Meskini qualified for his first title-deciding bout. The Iranian karateka will fight for the crown against Aballah Hammad of Jordan.

Hosts of Kazakhstan reached their third final spot in Senior categories in Male Kumite -55kg with Andrey Aktauov. The two-time continental champion will clash for gold against first-timer Yasir Bargi of Saudi Arabia.

In Female Kumite -55kg the title will go to either Tsui-Ping Ku of Chinese Taipei or Thi My Tam Hoang of Vietnam. It will be the first final for both competitors.

Also a clash between two first-timers, the final of Female Kumite -61kg will be a celebration of young karate as 20-year-old Sarah Alameri of UAE will fight for gold against 24-year-old Jamie Christine Lim of the Philippines.

The final of Male Kumite -75kg will also be a clash of Japan vs Saudi Arabia. Sultan Alzahrani of Saudi Arabia qualified for his first international final while Yusei Sakiyama of Japan hopes to add the continental title to his gold at the 2018 Karate 1-Premier League Berlin.

CLICK HERE to go to all the info on the 2021 AKF Championships.