Anzhelika Terliuga (UKR): "It means a lot to me to win medals for my country"

One of the most popular and followed karatekas in the world, Anzhelika Terliuga of Ukraine caused a sensation on day 2 of the 2022 European Karate Championships as she gave an impressive demonstration of Karate abilities to qualify for the final in the category of Female Kumite -55kg.

“I am very happy to be in the final because I have not taken a medal in individual categories of European or World Championships in over three years; I have only done it in Karate 1-Premier League and Olympic Games. But now I finally did it and it makes me very happy. Working hard pays off,” Terliuga said.

Terliuga’s performance today confirmed her status as one of the most effective and striking athletes in today’s Karate. The Ukrainian star defeated Carlota Fernandez Osorio of Spain 9-0, Ema Sgardelli of Croatia 3-1, Madina Sadigova of Azerbaijan 8-0, and Italy’s Veronica Brunori 2-1. 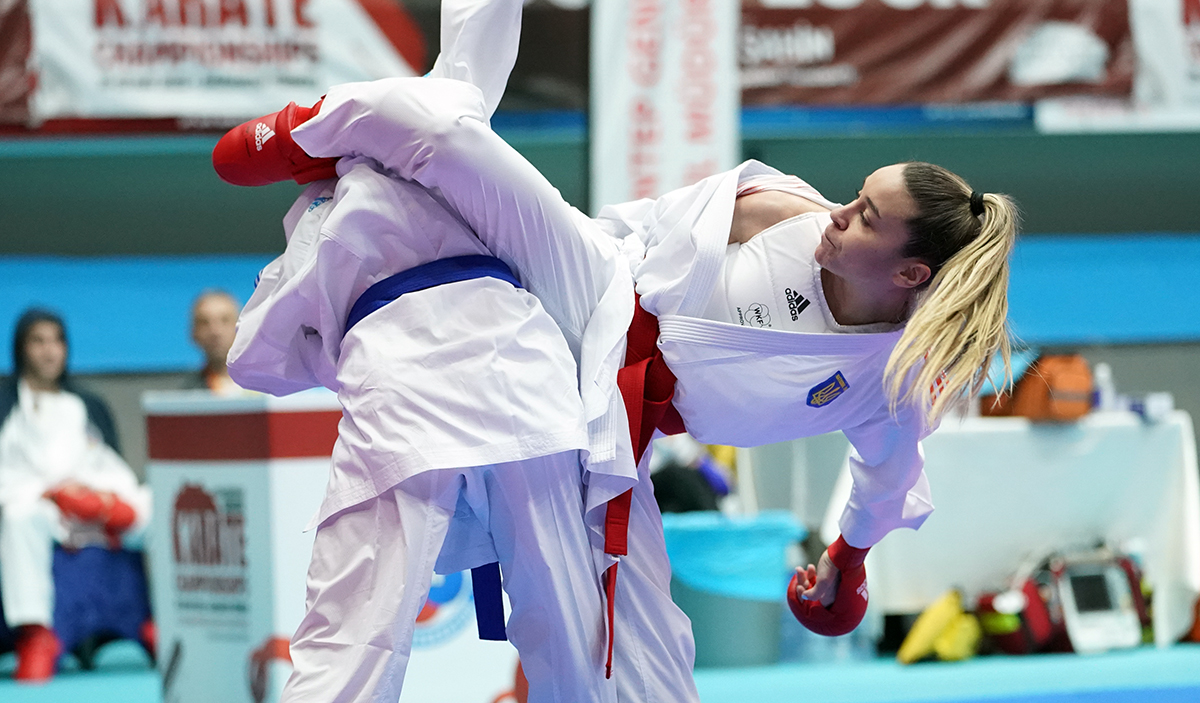 “I felt good throughout the competition and I got important victories today. Now I am ready to fight my most difficult rival in the final (Olympic champion Ivet Goranova). I am happy about all the work that I have done to get here,” she added.

Her qualification for the title-deciding bout on Saturday represents her fourth final in four events this year after the gold medals in the Karate 1-Premier League events in Rabat (Morocco) and Matosinhos (Portugal) and her silver in Fujairah (UAE).

A native of the city of Odessa, Terliuga wanted to dedicate her success today to her family and friends and to all those affected by the war in her country.

“It makes me very happy to be in the final of this tournament because it is my first medal in this competition in three years, but also because of the situation in my country. It means a lot to me to win medals for my country,” said Terliuga. 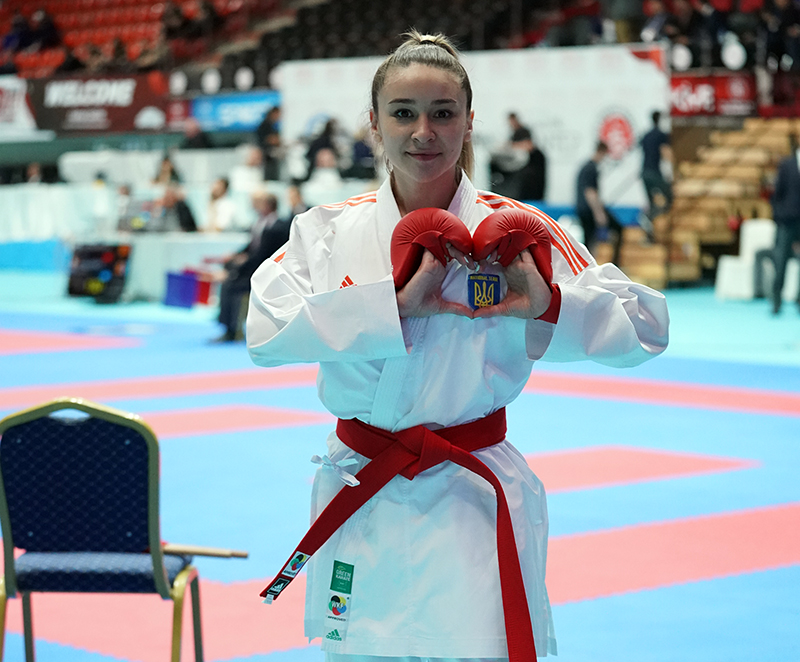 “I know that people who care about me and people who are still there and all those who are having a difficult time, they need many things. But we athletes can show the strength of our country, we can give them hope on the tatami. This is why this is so important for me and my country. The whole world is looking at us now,” she added.

“I LOVE THE ‘GREEN KARATE’ KARATEGI”

As an Adidas-sponsored athlete, Anzhelika Terliuga is one of the first athletes to wear the brand-new “Green Karate” karategi.

“I fell in love with this new karategi the moment I received the shipment. I am very committed to recycling, and I care a lot about the environment, so I very much support this project,” the Karate Star stated. 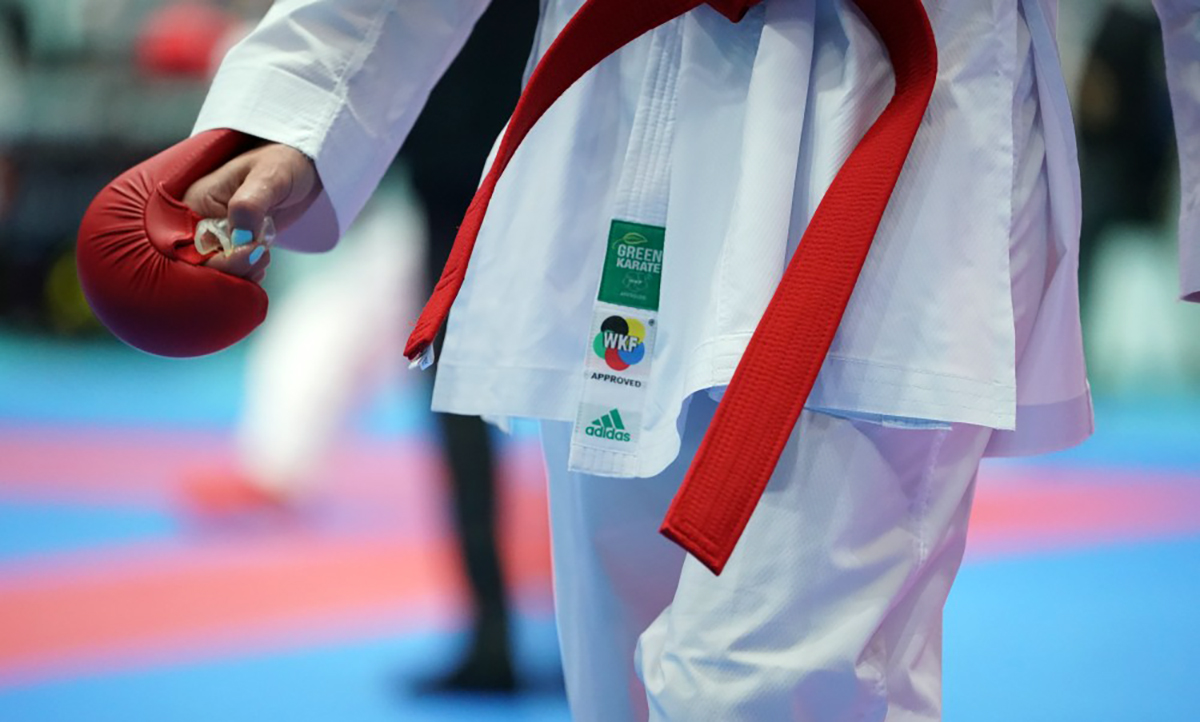 “We must care and do all that we can about the environment. And also, this new karategi is very nice! This model is just perfect. I didn’t have to adapt it in any way; I just wear it and I love to compete with it,” said Anzhelika Terliuga.

In cooperation with the WKF’s main partners, the #GreenKarate project is designed to promote the production and widespread use of sustainable Karate equipment. Through this initiative, the WKF and its partners pledge to produce Karate gear fabricated with at least 70% of recycled materials.

With Adidas being the first WKF-Approved Brand to join the #GreenKarate initiative, athletes such as Anzhelika Terliuga are competing in Gaziantep with the new line of sustainable products “Green Karate”. Terliuga used the new “Green Karate” karategi in her quest to reach the finals today.