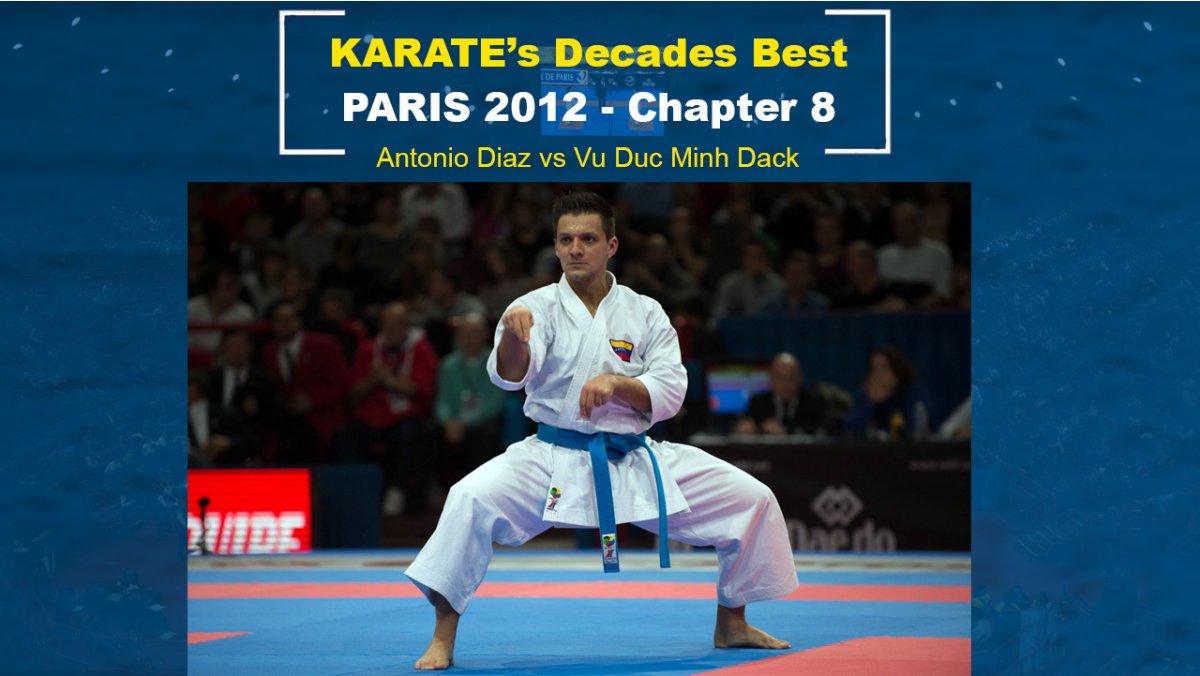 The next episode of Karate’s Decades Best is a must for Kata fans.

One of the most memorable moments of the 2012 World Championships in Paris, the final of Male Kata gathered legend Antonio Diaz of Venezuela who clashed for gold against local hero Vu Duc Minh Dack in front of a completely packed Paris Bercy sports hall. A celebration of excellence in Kata, the bout also showcases two opposite ways of conceiving Karate’s essence.

After winning the title two years earlier in an outstanding Kata showdown against icon Luca Valdesi, Antonio Diaz reached the final of karate’s biggest event again in a record-breaking demonstration of Kata domination. On the other side of the tatami, the legendary Venezuelan star met local hopeful Vu Duc Minh Dack who surprised with his qualification to the title-deciding bout. Both kata stars outclassed in a brilliant final bout. 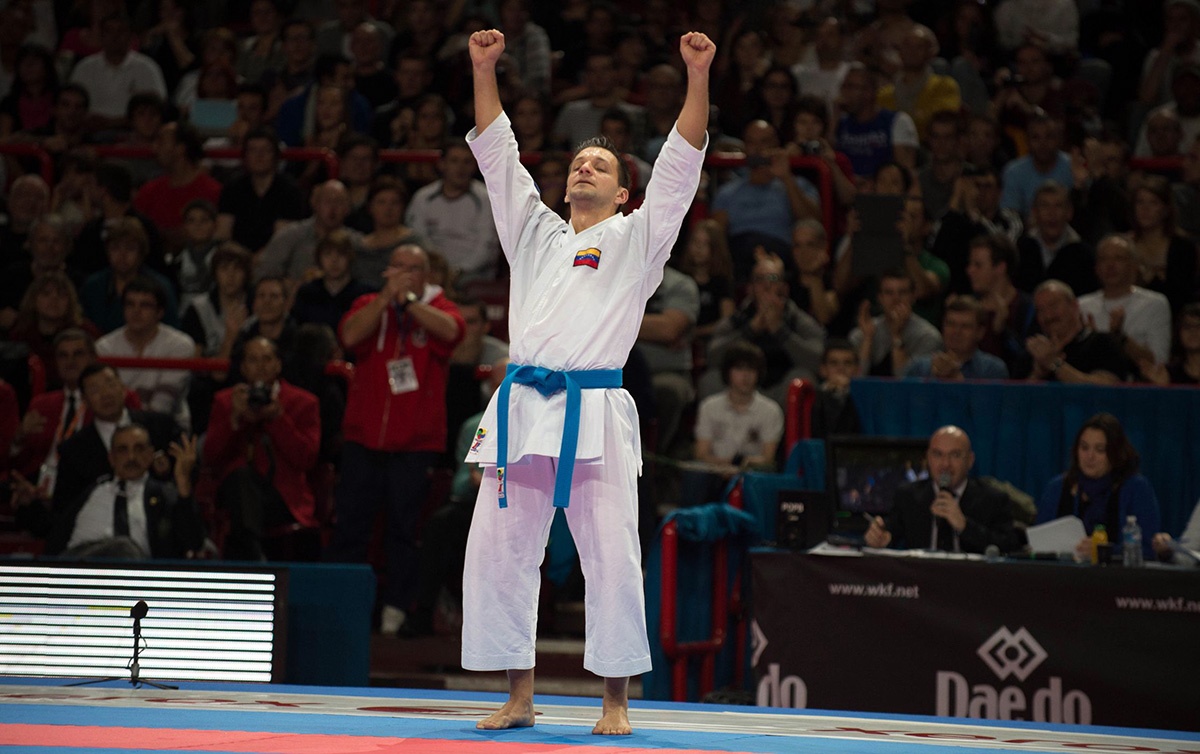 The memorable final clash will be relived in the last episode of the second series of Karate’s Decades Best. The programme to be launched on WKF YouTube next Thursday will be commented by Antonio Diaz himself and by Scotland’s kata coach and former Kata competitor Stephanie Connell.

With WKF TV Commentator Billy Brennan leading the commentaries, the two Kata experts will review one of the most memorable kata bouts in the history of the World Championships. Antonio Diaz will look back at his memorable performance, nearly nine years after claiming the world crown. Meanwhile, Stephanie Connell who participated in the kata competition of the 2012 World Championships representing Scotland will offer her valuable insight from the competitor and coach standpoint.

The eighth chapter of Episode 2 of “Karate’s Decades Best” will be available on WKF YouTube Channel on Thursday, January 28th