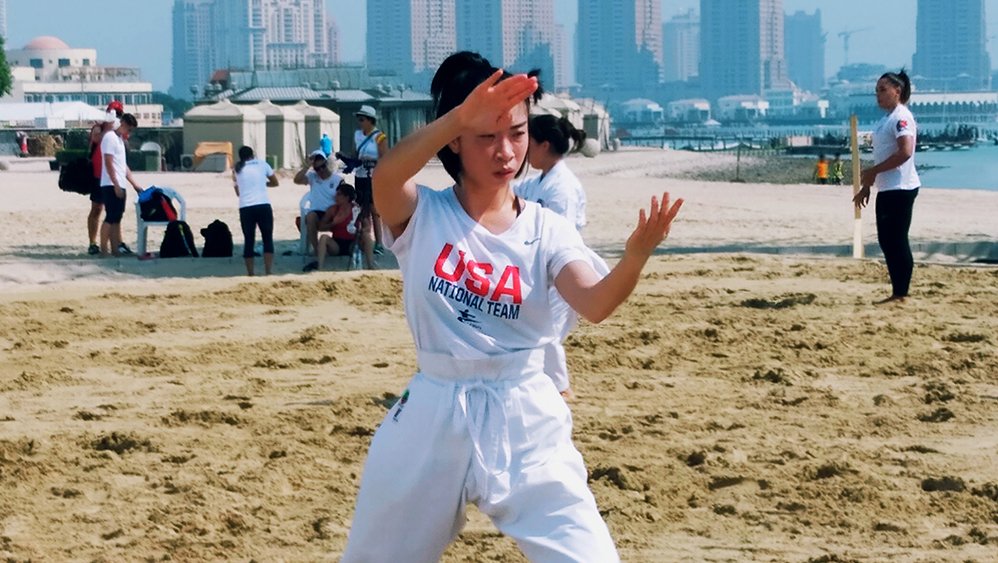 The first-ever international event of Beach Karate is taking place from October 12 to 13 in Doha (Qatar). Karate is making its debut at the 2019 ANOC World Beach Games to be held in the capital city of Qatar with some of the best karatekas in the world competing for the medals of the anticipated and innovative tournament.

The first-ever international event of Beach Karate is taking place from October 12 to 13 in Doha (Qatar). Karate is making its debut at the ANOC World Beach Games with some of the best karatekas in the world competing for the medals of the anticipated and innovative tournament.

?The ANOC World Beach Games are a new opportunity to showcase the great added values that Karate brings to major multi-sport events. Our participation in this memorable event will demonstrate once again the many ideals, sporting spirit and emotions of our sport,? said WKF President Antonio Espinós.

?We are living many landmark moments in the last years, and the Karate competition at the ANOC World Beach Games represents another milestone for us. I am confident that all the fans of the sport will enjoy a historic Karate competition here in Doha,? added the head of Karate?s international governing body. 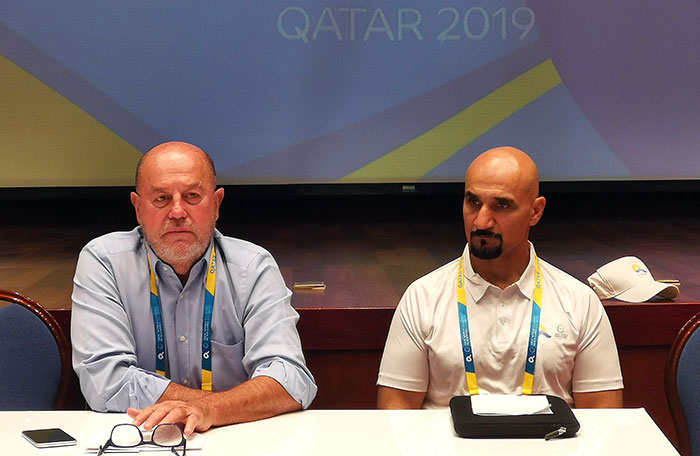 The Karate competition at the World Beach Games comprises Kata categories. The original event aims at crowning the first champions of Beach Karate. It is the first time that a major international event of beach Karate will be held.

WHERE IS THE EVENT BEING HELD?

The Karate competition of 2019 ANOC World Beach Games will be held at Katara Beach in Doha. Competitors will perform their katas on the sand and under the sun thus showcasing the sporting spirit and global reach of the sport.

The Karate competition at ANOC World Beach Games will see 64 competitors from 33 ries and five continents fighting for the medals. Seven continental champions (Adnane Elhakimi and Sanae Agalman of Morocco, Ariel Torres from the USA, Vu Duc Minh Dack from New Caledonia, Sandra Sanchez and Damian Quintero of Spain, Maria Dimitrova of the Dominican Republic and Alexandrea Anacan from New Zealand), the current World title-holder in Female Kata (Sandra Sanchez of Spain), the current World Championships runner-up (Damian Quintero of Spain) and two-time World champion Antonio Diaz of Venezuela are among the favourites to the title. 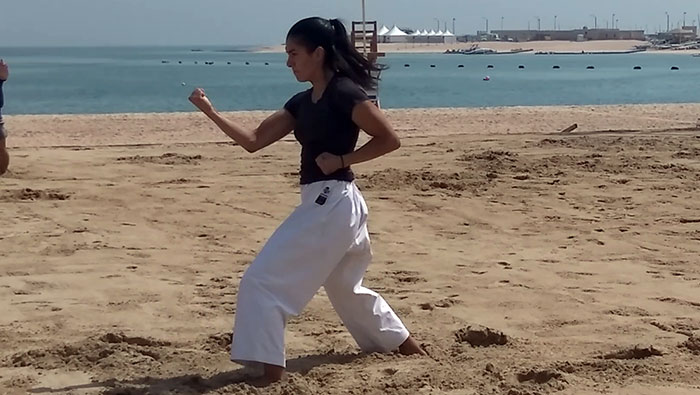 HOW IS THE COMPETITION SYSTEM?

The 32 competitors in each gender will be divided into four pools of eight karatekas each. All the competitors will perform one kata in the first round with the top four athletes moving to the second round. The 16 competitors will be distributed into two pools and the athletes will perform a new kata. The top two karatekas in each group will compete for the gold medal in the final, and the second and third qualified athletes in each pool will clash for the bronze medals.

WHEN IS THE COMPETITION BEING HELD?

HOW TO WATCH LIVE?

The Karate competition at the ANOC World Beach Games will be streamed LIVE on the official website of the event.  CLICK HERE to go to the live streaming.

WHAT TO LOOK FOR?

1- The never-before-seen competition of Karate on the sand. It is the first time that fans will have the opportunity to watch first-class karatekas performing kata on the sand. Competitors need to control their balance and adequate their transitions and powerful movements to the new surface.

2- The importance of the elements.  Weather conditions will also play a key role in the competition. The impact of temperatures and sun on the performance of karatekas will be essential in the quest to crown the new champions of Beach Karate.

3- Surprises on the competition. Since the sand and the sun present new conditions to the performances of the katas, surprises are likely to appear. Only competitors adapting to the different circumstances will prevail. Additionally, since there are no precedents to such an event, predictions of the results are nearly impossible to make.