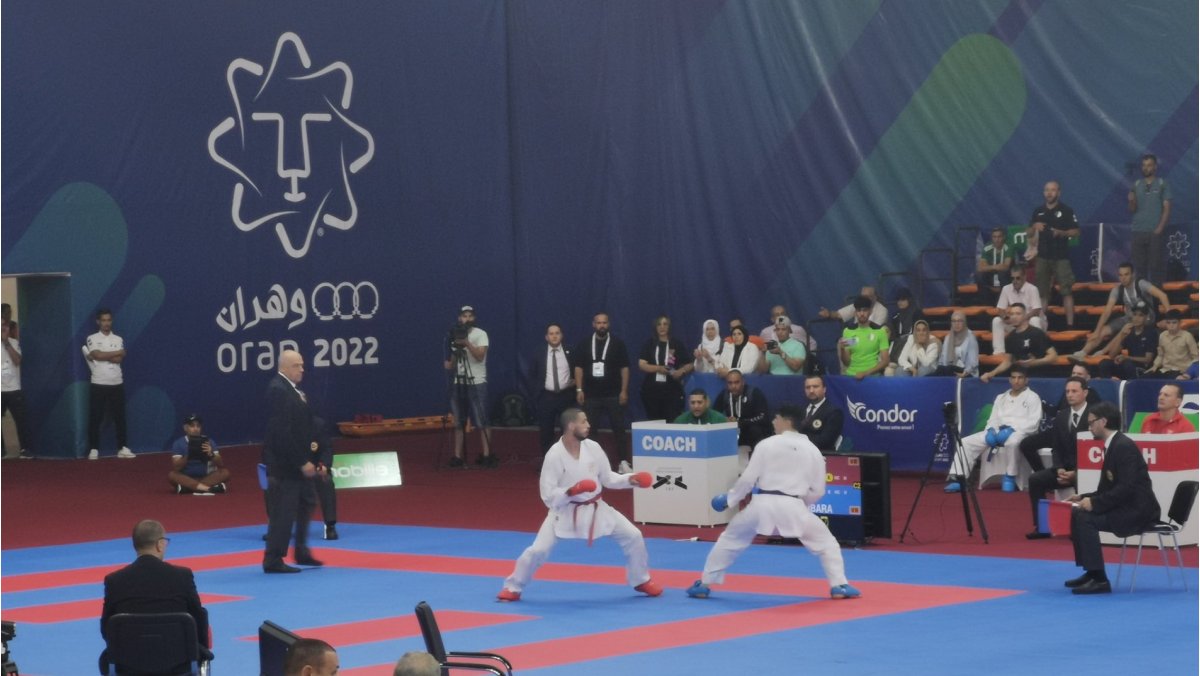 The Karate competition of the Mediterranean Games began Sunday with the first day of the competition that had Algerian athletes dominating the first categories at stake.

Algeria registered a successful performance on day 1 of Karate at the Mediterranean Games with four gold medals.

The second gold for Algeria came in Female Kumite -55kg as Louiza Abouriche claimed the title of the category following a 4-1 victory over World and continental champion Ahlam Youssef of Egypt.

The domination of Algeria continued in Female Kumite -61kg. Chaima Midi added the third gold for the powerhouse nation since the current continental bronze medallist beat Tunisia’s Wafa Mahjoub in the final 3-2.

The golden day for Algeria was completed in Male Kumite -75kg. Oussama Zaid starred in one of the big upsets of the day after surprising Olympian and World Championships runner-up Abdalla Abdelaziz of Egypt 5-4

Top favourite Eray Samdan of Turkey used his frontrunner status to take the gold medal in Male Kumite -60kg. The current European champion defeated Ala Salmi of Algeria in the final 5-0.

Also one of the main candidates for the title, Dionysios Xenos of Greece became the champion in Male Kumite -67kg after upsetting Luca Maresca of Italy 3-2.

The Karate event of the Mediterranean Games concludes Monday with the final of the competition.

CLICK HERE to go to the micro-site of the 2022 Mediterranean Games.