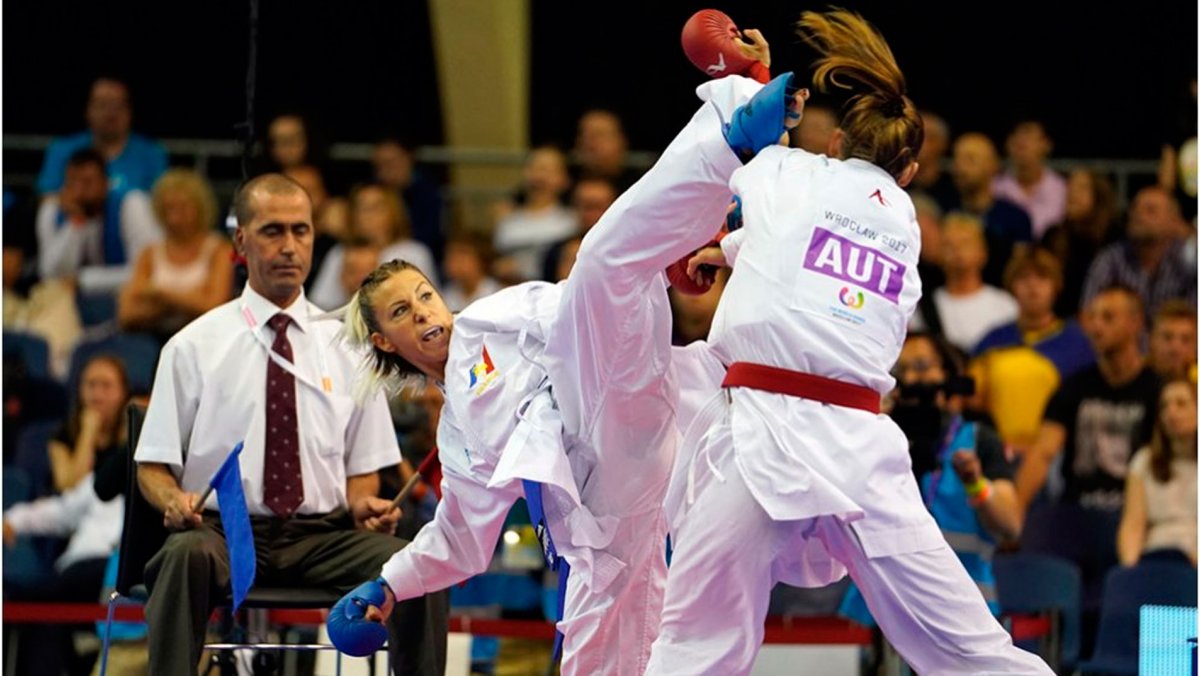 France’s Alexandra Recchia was proclaimed one of the queens of The World Games. The World and European champion’s quest to glory illustrates the thrill and excitement of the spectacular Karate competition in Wroclaw and highlights the hard work and dedication of all the top karatekas competing this past week at the memorable multi-sport event.

France’s Alexandra Recchia was proclaimed one of the queens of The World Games. The World and European champion’s quest to glory illustrates the thrill and excitement of the spectacular Karate competition in Wroclaw and highlights the hard work and dedication of all the top karatekas competing this past week at the memorable multi-sport event.

The Karate tournament at The World Games 2017 will go down in history of the sport as one further example of the greatness and magnificence of the ancient modality. With surprises taking over the competition and underdogs shinning on the tatami, the two days of action in Wroclaw will be remembered as a symbol of Karate’s sportsmanship. One of the many moments that epitomize Karate values at the event was the crowning of Karate queen Alexandra Recchia.

“It was a great source of pride and joy for me to win gold at The World Games,” said the French Karate Star. “I did not train especifically for this event because I travelled around the world since the European Championships, so it was a surprise for me to feel so great on the tatami,” added the 28 year-old karateka. 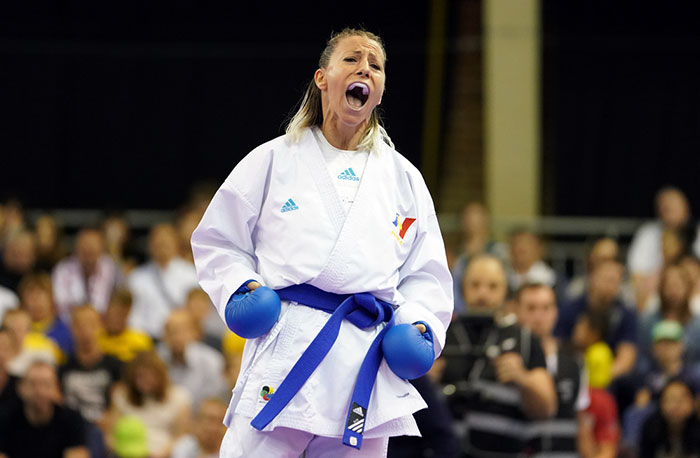 Alexandra Recchia’s quest to gold in Wroclaw is taken as one of the many examples of athletes overcoming adversities that are taking over international Karate lately. The World ranking leader had suffered two shocking and unexpected defeats this season, at the Karate 1-Premier League in Paris and at the European Championships. At the event in Paris, in front of family and friends, the world champion lost her second bout of the tournament so to register a surprising early elimination. In the European Championships, Recchia, who had reached the event as two-time title-holder, was defeated at her first fight of the tournament.

However, the Lyon-native demonstrated in Wroclaw that tenacity and fighting spirit is what make great champions. Recchia produced an outstanding comeback to claim gold at the event. Her triumph at The World Games was even more remarkable considering that the seven-time World Championships medallist did not have luck on her side at the draw. 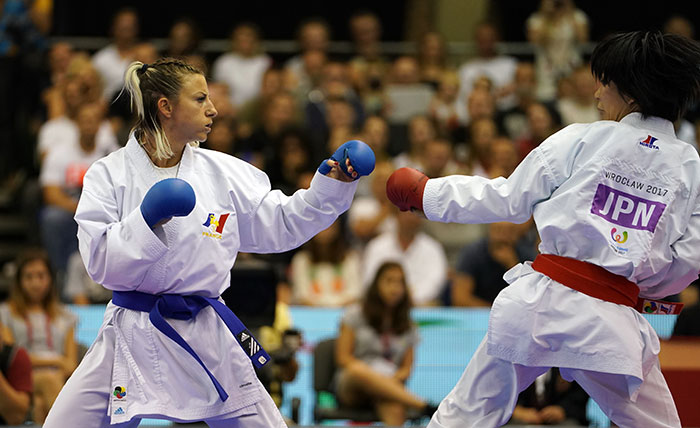 “It was a big satisfaction for me to win, especially since I was in a very difficult pool. The four top ranked karatekas were in the same pool, so it was a real challenge to succeed in the pool and then win the final against Japan’s Miho Miyahara, it was amazing,” said Recchia.

The French ace made her debut in Wroclaw with a tight victory over second placed in WKF World Ranking Bettina Plank of Austria. In the second bout, Recchia registered a tie against the defending champion of The World Games Serap Ozcelik of Turkey. Then the current World title-holder barely beat European champion Kateryna Kryva of Ukraine. In semifinals, Recchia defeated local hopeful Magdalena Nowakowska. And in the final, in a roller coaster title-deciding bout, Recchia claimed an ippon and three yukos to overcome Japan’s Miho Miyahara by 6-4. 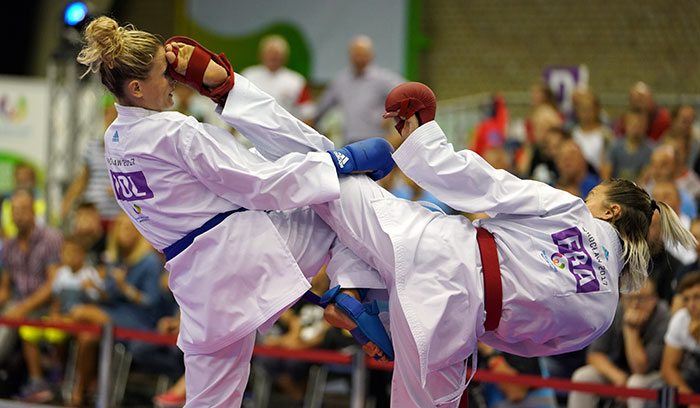 SUCCESS INSIDE AND OUTSIDE THE TATAMI

Alexandra Recchia makes the perfect example of how hard work paves the way to success and to dreams coming true.  “(With the gold at The World Games) I have won almost every competition that I could win. I am just taking steps so I can make my dream of winning gold at the Olympic Games come true. This is my goal, it is what I have in my mind,” said Recchia.

The first-dan Shotokan karateka amazes as she is as successful on the tatami as outside the dojo. Having recently passed the lawyers bar and having started her career as an attorney, Recchia alternates intense training sessions in the gym and in the dojo with her work at the office thus showcasing that success can be transferred from the world of sports to other aspects of life.

“I make my own choices; I sometimes prefer to train or to rest. I am independent, so I can choose when to work or train. It is just a question of organisation and determination,” said Recchia.

As the recently-proclaimed gold medallist at The World Games has demonstrated, the road to glory is open to those who are willing to make the effort. “You can do all that you want; you just have to make your choices and work, only work”. 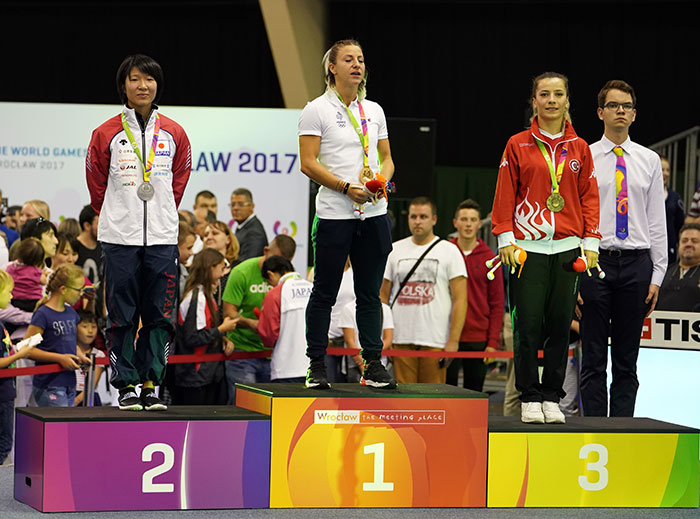