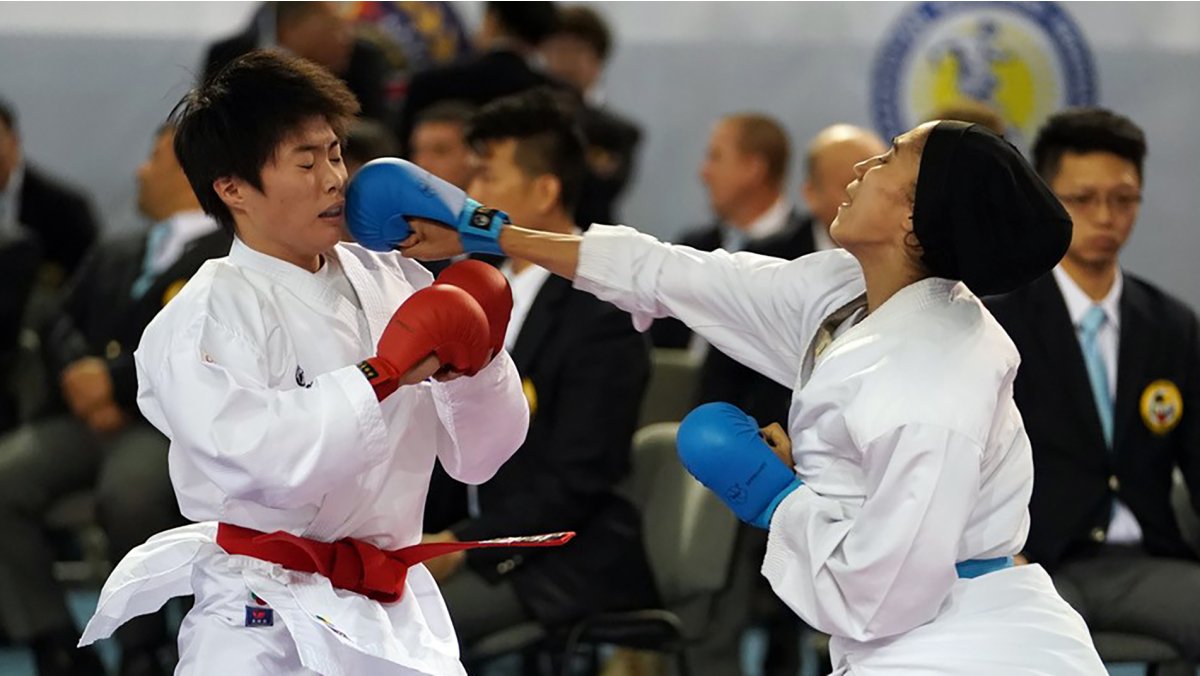 The 2021 AKF Karate Championships started in Almaty (Kazakhstan) with a demonstration of the strength of the sport in the continent.

Powerhouse nations of the sport prevailed on the opening day of the 2021 Asian Karate Championships. Nearly 500 karatekas from 23 countries have travelled to Almaty to fight for the continental titles.

The delegations of INAKF, Kuwait, and Kazakhstan also registered deserving performances on the opening day with two golds each. Muhammad Akio Zaiko in Cadet Kata Male and Hazel Ramadhan in Junior Kata Male were the gold medallists for INAKF while Ali Alajmi in Cadet Kumite Male -57kg and Abdulhadi Aldwuailah in Cadet Kumite Male -63kg won the titles for Kuwait.

The competition continues Sunday with day 2 of the event.

CLICK HERE to go to all the info on the 2021 AKF Karate Championships.