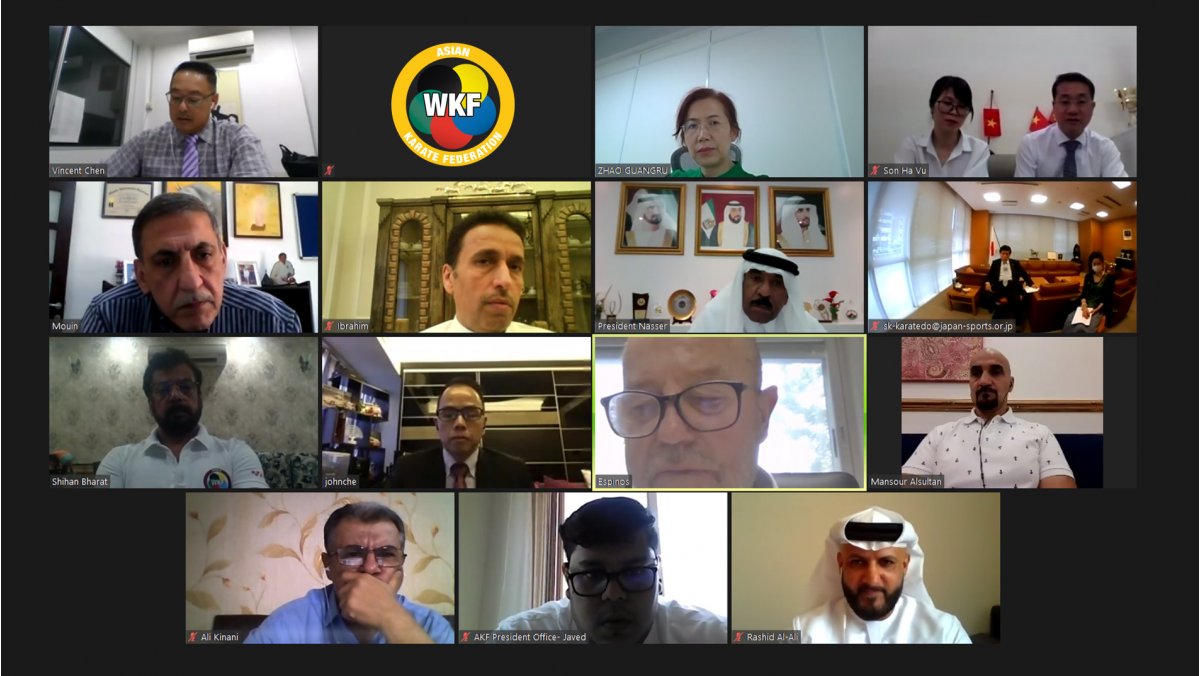 The Executive Committee of the Asian Karate Federation (AKF) met Thursday via videoconference to discuss the situation of the sport in the continent.

The Executive Committee of the Asian Karate Federation (AKF) met Thursday via videoconference to discuss the situation of the sport in the continent.

The Asian Karate governing body decided to confirm the cancellation of AKF events for 2020. The tentative competition calendar for 2021 was discussed with a final decision to be taken at a later stage. Regarding AKF future events, the Executive Committee corroborated the reception of bids from Hong Kong, China and Macao to host the 2022 and 2023 AKF Championships; the ratification of the events is pending to be approved shortly.

The extension of the validity for referees and coaches’ licenses and accreditations, following WKF’s Executive Committee guidelines, and the revamping of the AKF website and Facebook page were also on top of the agenda. Moreover, the AKF Executive Committee decided to implement a project to launch a webinar and online training in the next months.

“I want to thank the AKF and its President Major General Nasser Alrazooqi for their proactivity and their efforts to maintain the progress of Karate in Asia despite the current circumstances. With their collaboration and their hard work, we will be in the best conditions to resume our activities and the development of our sport in the continent once that we are able to go back to normal,” said WKF President Antonio Espinós.