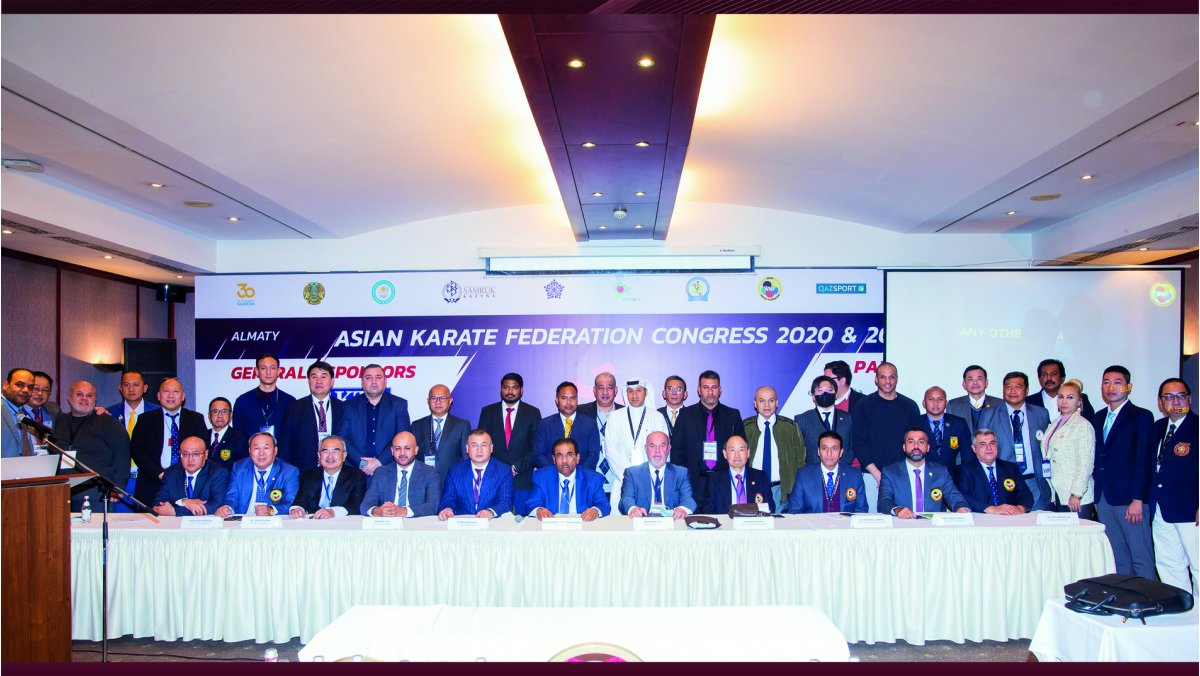 The Congress of the Asian Karate Federation (AKF) was held today in Almaty (Kazakhstan) on the eve of the 2021 AKF Karate Championships.

Headed by AKF President Major General Nasser Alrazooqi, the plenary session of Karate’s governing body in Asia was attended by WKF President Antonio Espinós and was regarded as a new opportunity to demonstrate the unity of the sport in the continent.

The AKF Congress in Almaty was the first AKF’s physical gathering of its kind in over two years since the pandemic outbreak.

Activities reports from the different stakeholders of the Continental Federation were presented as the Olympic success of the sport was also highlighted.

“This year we showcased all the greatness of our sport and the many values of Karate at the Olympic Games. We will continue fighting to make sure that Karate takes its well-deserved spot in the Olympic programme. To achieve this goal, the cooperation of all the members of the Karate family is essential.

We must continue working as united as we are now. We  must continue demonstrating how honourable, courageous and globally appealing the sport of Karate is.”