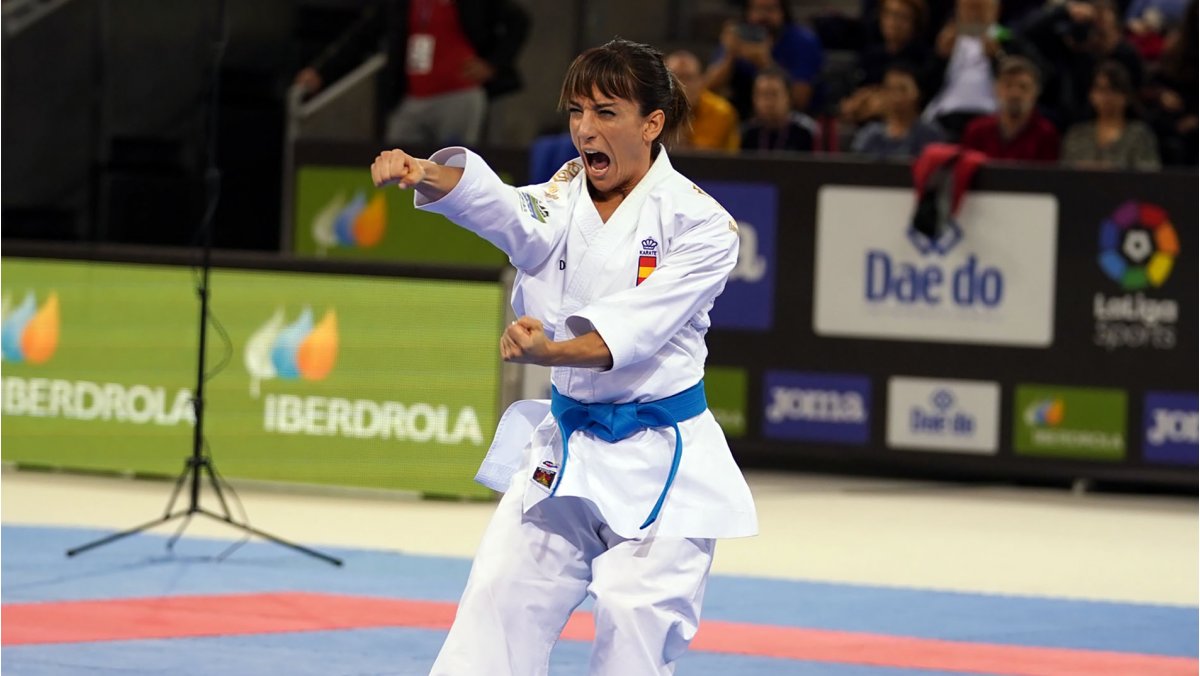 For Spain’s Sandra Sanchez, the Olympic Games Tokyo 2020 are the pinnacle of a storied and successful career in the sport she loves.

The World and European Kata Champion says she is training six or seven hours a day to prepare for the Games, where the sport will make its Olympic bow: “Now is the time for training, only training,” she laughs, her bubbly personality shining through from the first question. 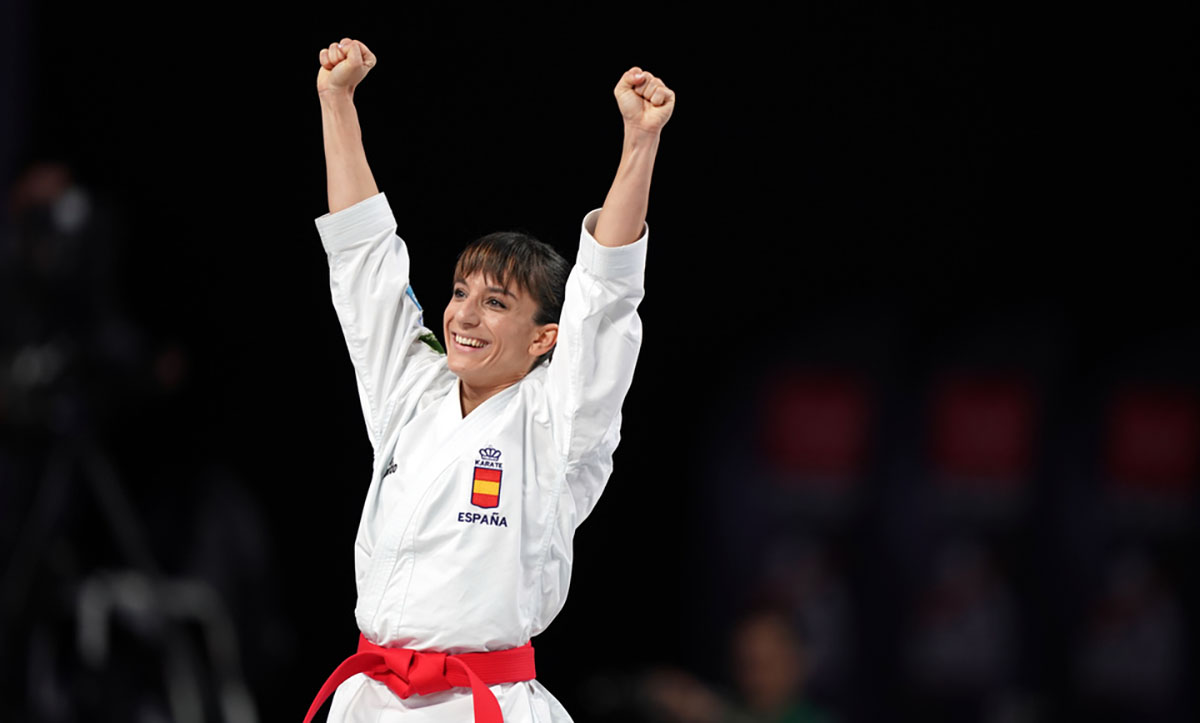 It will be one of the biggest moments of her life, but she isn’t daunted at the task ahead. “I try to enjoy every moment. This is a very, very special moment. It’s the Olympic Games, wow,” says the woman who describes herself on her website as “a funny, restless and playful munchkin, full of dreams and enthusiasm.”

Hailing from the city of Talavera de la Reina in the province of Toledo, Sanchez started practicing Karate at the age of 4. But success in the sport only came later in life. Dismissed as too old and a has-been in her mid-30s, she was crowned champion at the 2018 World Championships in Madrid.

The five-time European Champion has won 35 consecutive medals in Karate 1-Premier League, claiming honours in all the sport’s first-class series of events since 2014. The incredible feat earned her recognition from the Guinness World Records.

She landed her sixth European gold at this year’s continental championships in Porec, Croatia. 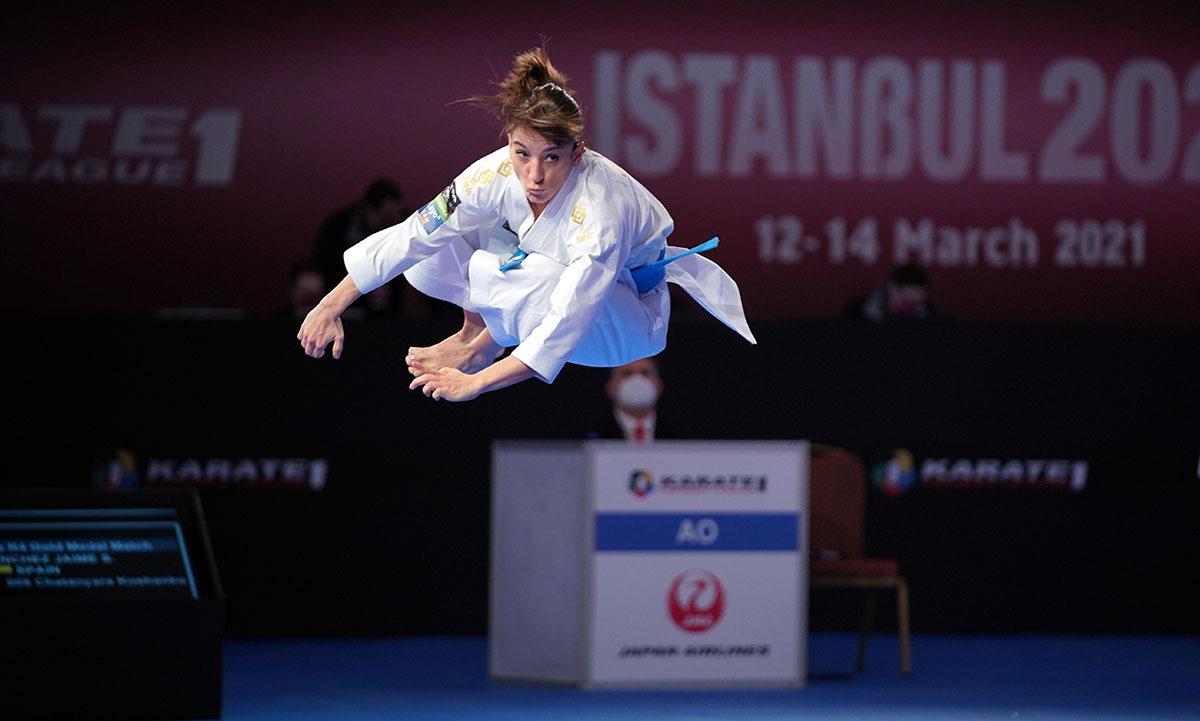 Sanchez never thought she would get a shot at Olympic glory. “When I was small, I saw the Olympic Games but never thought that Karate was there. I only enjoyed Karate but didn’t think about medals or Olympics or becoming World or European Champion.

“But maybe 10 years ago it was different because I started to believe in myself and that I can do something special in Karate. Everything changed. I changed my training but also my mind,” she explains.

Just a month shy of her 40th birthday, Sanchez will draw on all her reserves of determination and experience to push for the Olympic title during the Karate competition in Tokyo from 5-7 August.

“Now it is easier than before because I get medals and win many tournaments,” Sanchez says, exuding confidence as she enters final preparations for the Games.

“But six years ago when I entered the national team, many people said, ‘you are too old … maybe you can win now but in one or two years you can’t do it.’ Many people tell you what they think you can’t do, but they don’t know.”

“It was a difficult first year in the national team, I had many doubts in my mind.”

But Sanchez has since performed beyond expectations; she’s silenced critics with her medal-winning heroics long ago.

So, what would it mean to win Olympic gold?

“It would be incredible. My training helps me to think only ‘you can do it; you can do it.’”

“The target is to do the best Karate, the best kata in the world, and this deserves a gold medal.”

Sanchez, who has lived and taught Karate in both Australia and the United Arab Emirates, has been helped on her journey to the Olympics by internationally renowned kata coach Jesus del Moral, now her husband. When he became Sensei to Sanchez, she became national champion at her first attempt.

Asked if it was difficult being married to her coach, she gives one of her infectious laughs, suggesting they have a system of training that works well: “He is the boss during the training. After, I am the boss.”

Sanchez’s fighting spirit has made her a role model and inspiration to many young karatekas around the world. And her Olympic displays are set to attract even more followers.

“Many people write to me, saying they started Karate because they saw my history of comeback on social media or TV. This is very special for me ... it’s not only Karate, but for your mind and spirit. If I can help people with this, I think this is a target for my life.” 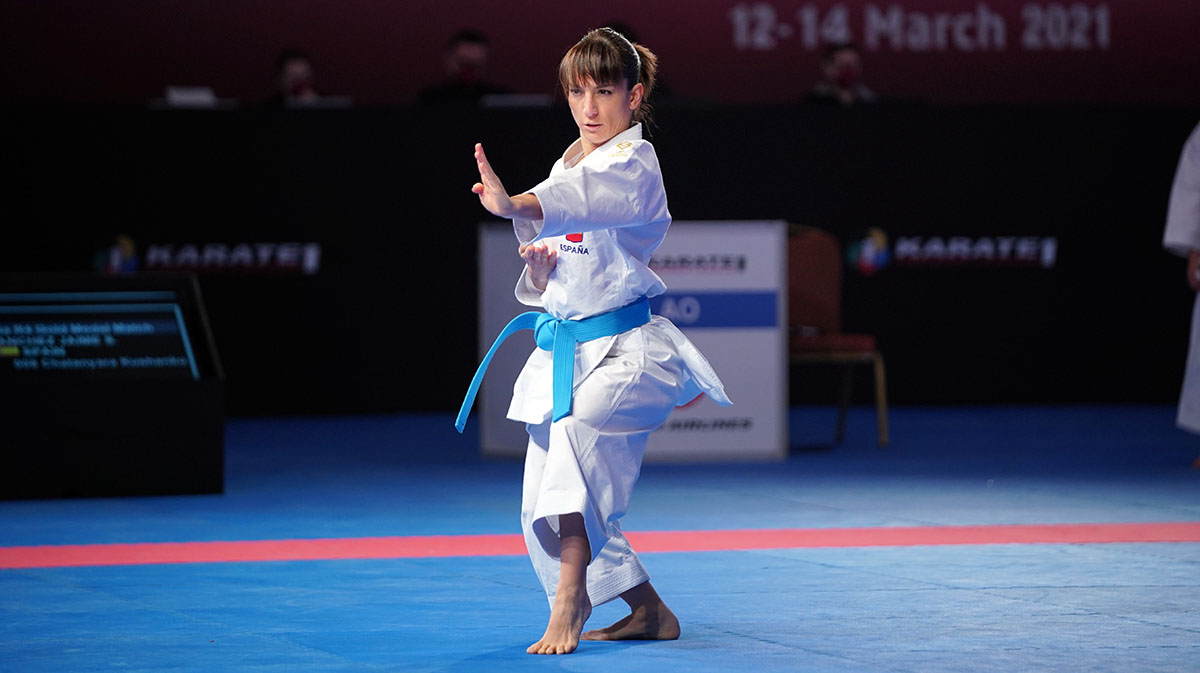