2019 European Games: What champions had to say 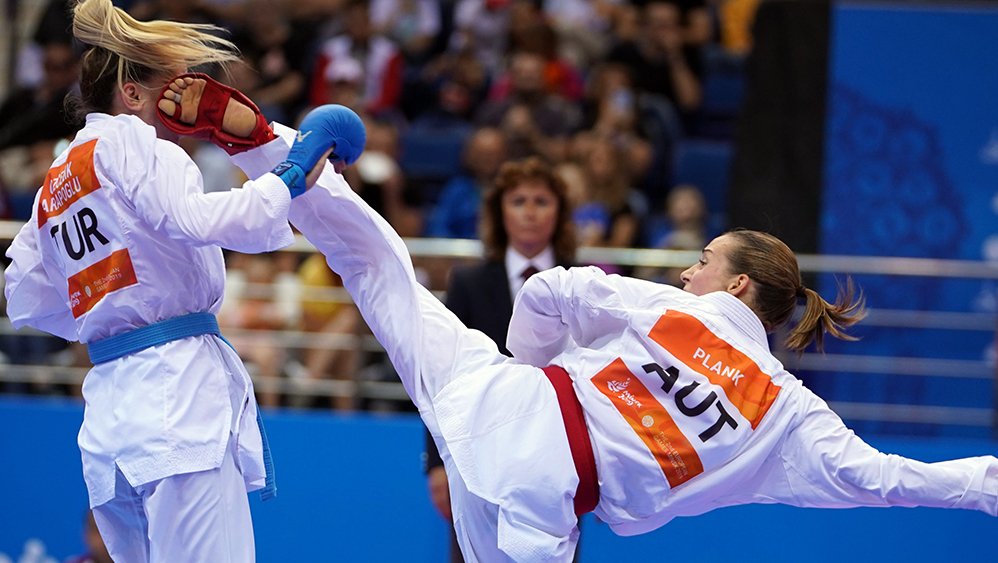 The Karate competition at the 2019 European Games was a tremendous success. The exhilarating competition crowned some of best karatekas in Europe in a spectacular showcase of the sporting spirit and the thrills of the sport. This is what the winners had to say after winning the gold medals in Minsk.

The Karate competition at the 2019 European Games was a tremendous success. The exhilarating tournament crowned some of best karatekas in Europe in a spectacular showcase of the sporting spirit and the thrills of the discipline. This is what the winners of the gold medals in Minsk had to say after becoming new European Games champions.

?I feel like if this gold was the first medal that I ever won. I saw the results and I felt like a little girl. This title is extremely important to me. We only have one year to go to the Olympic Games, and I am enjoying an unbelievable season. I just can believe that it is going so well. Sometimes I feel like if I was living a dream. All of this gives me more strength to keep on working hard.?

(On being Spain?s flagbearer) "This is very exciting, and it is an honour. It's important for me and it's important for my sport - karate. Now it may be a difficult moment for karate since it is possible that the sport will not be d in Paris 2024 (Olympic Games), then this is a good opportunity to karate to all the world." 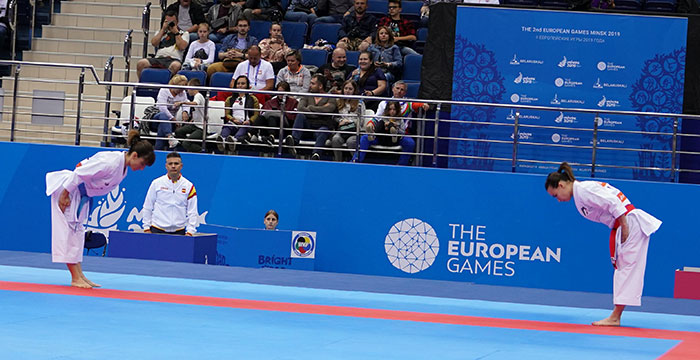 ?Four years ago in Baku, when Karate was not yet an Olympic sport, I won gold and it was very special for me. Now, four years later, here I am, with our sport becoming Olympic in Tokyo and I managed to win gold again. It is very important to me that I can still remain in the elite of the sport both in Europe and in the World. It shows the great work and all the efforts in terms of training, physical preparations, nutrition, planning of the season etc.. that we are doing with our coach Jesus del Moral.?

?I will celebrate this medal, and then, tomorrow the will be zero and I start again. That is the key [to success] I think. We have to continue focusing and keep on working hard to achieve our main goal which is Tokyo 2020 [Olympic Games]."

?This is such a difficult tournament, with such great competitors. It is very complicated to prevail. All the karatekas here have an outstanding level and you need to be perfect to take good results. You really need a perfect performance in all the bouts. I did not have the qualification to the final on my mind; I was just going bout by bout. At the European Championships, I could not believe that I got to hear the national anthem, and now here I am again with our national anthem.? 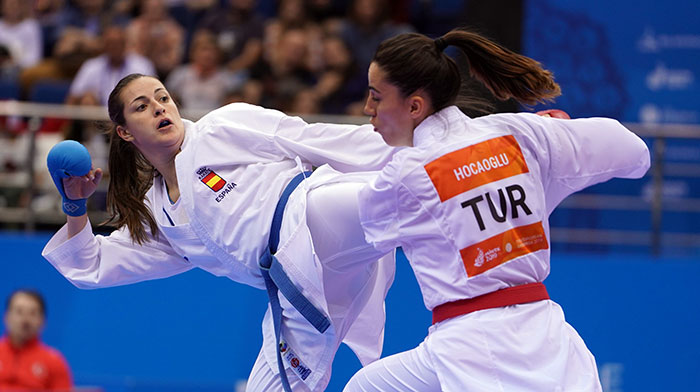 "We (Spaniards) have won a lot of medals in the European and world championships lately but the competitions are getting more and more difficult. There are so many ries now with high-level athletes that it is difficult for the same person to take the gold medal more than once.?

?I am very happy because this is the result of very hard work. We are going into the Olympic qualification process and I try to bring home as many medals as possible. I have always dreamt of succeeding at the European Games, and now I can go home with this beautiful medal. I want to dedicate this award to everybody, to the whole world, to all of those who have supported me so much.?

?It is the first European Games for me. (The final) was very emotional. I did the kick and the punch and managed to win. It's very important for me to be here so I'm very happy." 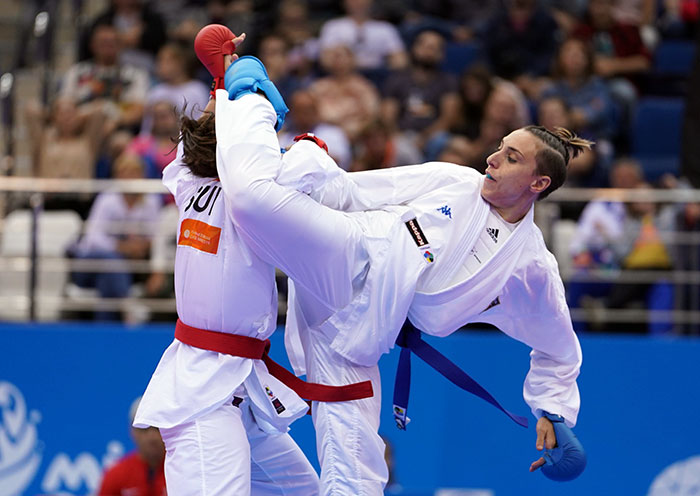 ?I feel very good. Usually, before the competition even starts, I only have the gold medal in mind. However, in a Karate tournament, many things can happen and small details can drive you to victory or defeat, like being lucky etc? Here, I wanted to win gold so bad. Luckily for me, everything went well.?

"It's very great to stand on the gold pedestal, because this thing is very rare to my category. That is why this medal is very important for me. I really wanted to win, and I managed it.

?It was my dream to get a gold medal here and I managed to take it. This tournament is the big event before the Olympic Games in Tokyo next year, and I am really happy that I could be part of the Minsk 2019 European Games.? 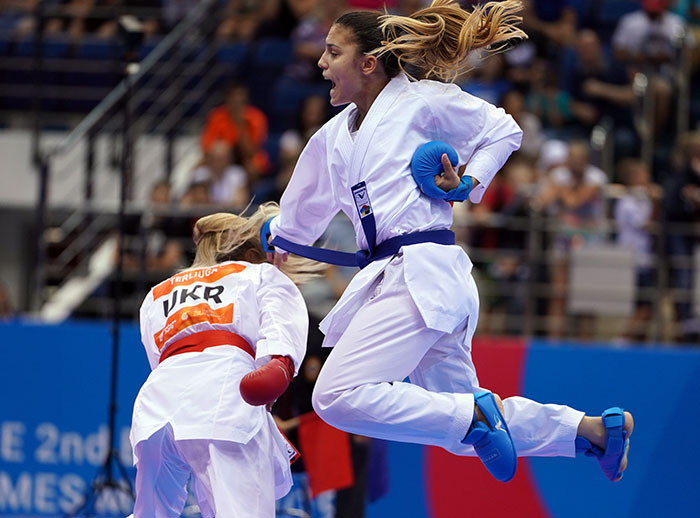 "This is a dream for me. When you finally have this gold medal around your neck, it is amazing. The European Games is the most important competition for us this first part of the year, so it's been amazing for us to reach this goal?

"Now we have a big goal that is the Tokyo 2020 Olympic Games, but we have to take it step by step to qualify and one big and important step was the European Games here in Minsk?.

"I had an injury before coming here and my only goal here was to be on the podium and to get a medal. Luckily I was able to do it and now I am full of emotions and pride."

?It was a great motivation for me to beat Ugur Aktas who is the WKF World ranking leader. Now I can collect a lot of points for the Olympic ranking. The bout was a technical battle and it went to the referees? decision. I am very happy to get this gold.? 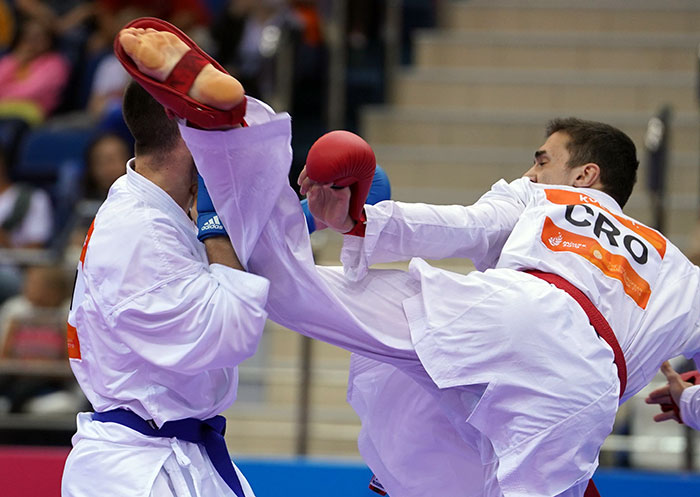 ?I can?t describe what I am feeling right now. I have been waiting for this moment for so long, and once it happens, there are no words to define it. You need to experience this feeling?

"The national anthem of Ukraine sounded twice today on karate and that was my dream. It's an incredible feeling to stay on the podium and hear the native anthem, and that dreams slowly come true if you work hard enough for it." 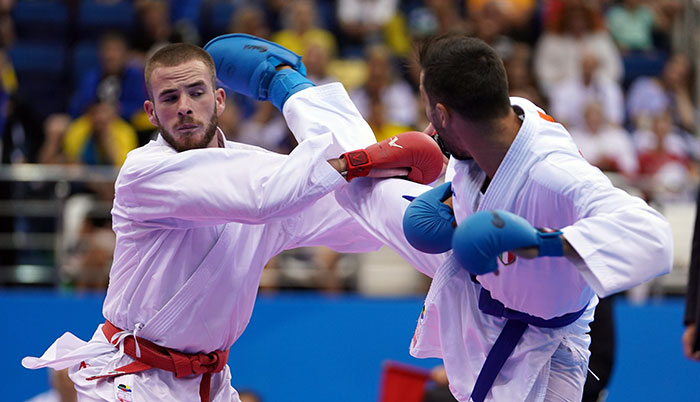 ?I am very happy because the last period was not very good for me. I am particularly pleased because at the 1st European Games I took silver. Here, I could not set for silver or bronze, I just wanted gold.?

?It is the second gold for Latvia in the tournament, and for a small ry like ours, this is very important. This year was very difficult for me but today I had my lucky day. Also, we had very good preparation before coming here in order to succeed in this tournament?

?After the world championships in November, my hand was injured and a few competitions were very bad as I couldn't punch with my right hand. Now it's getting better and better and I could my best in this competition.?