2017 in review: Record-breaking year for Karate 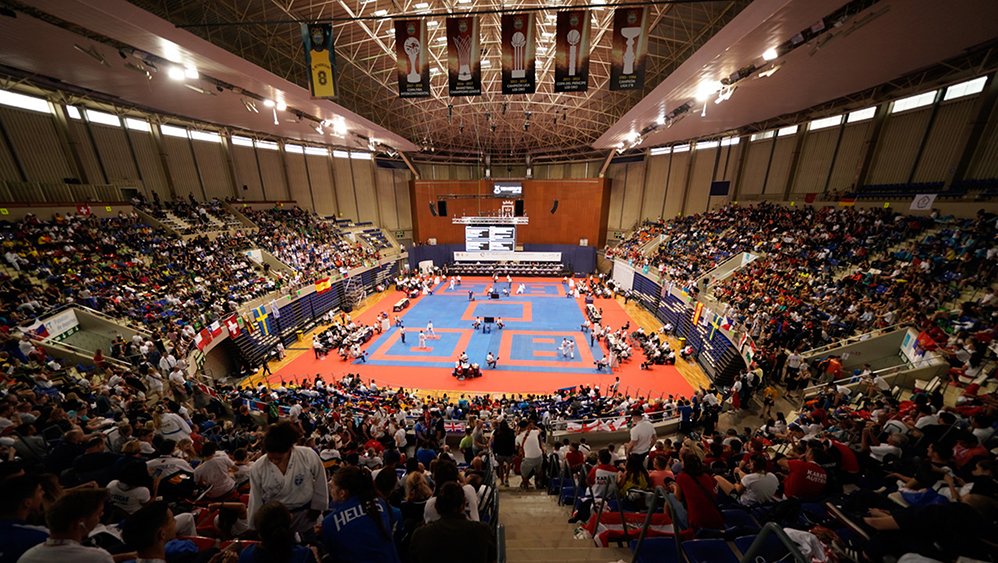 2017 will go down in the history of the martial art as a landmark year since never before have Karate events presented such a massive attendance of competitors. The growing popularity of the sport among youngsters and the development of the sport presentation of major tournaments have also been the main features of the discipline in 2017, according to the World Karate Federation.

2017 will go down in the history of the martial art as a landmark year since never before have Karate events presented such a massive attendance of competitors. The growing popularity of the sport among youngsters and the development of the sport presentation of major tournaments have also been the main features of the discipline in 2017, according to the World Karate Federation.

The WKF events have registered a significant increase in participation of athletes in 2017. The number of karatekas taking part in the flagship competition of the sport - the Karate 1 tournaments - reached an average of 900 athletes per event in 2017, while over 1700 competitors entered continental championships in 2017, and the main underage event organised by the WKF – the WKF Youth Camp & Youth Cup – had the record-breaking attendance of 2100 young athletes from 64 countries.

“2017 has been the year of the true revolution of Karate’s top events. It was simply breath-taking to experience how tournament after tournament, the participation of athletes exceeded all the expectations. The massive attendance of competitors in our major events confirms the increasing magnitude of our sport,” said WKF President Antonio Espinós.

The Karate 1-Premier League was one of the highlights of 2017. Starting in Paris (France) and travelling to Rotterdam (Netherlands), Dubai (UAE), Rabat (Morocco) and Halle/Leipzig (Germany), the 2017 edition of the first-class series of international Karate competitions showcased the new landscape of the discipline as an Olympic sport.

Due to the growing interest of Karate’s elite events, two more tournaments are being added to the Karate 1-Premier League in 2018. The cities of Istanbul (Turkey) and Tokyo (Japan) have been included in the list of venues while the tournament in Germany will be held in Berlin so to accommodate the increasing popularity of the competition.

The inclusion of Japan and Turkey in the 2018 Karate 1-Premier League also responds to the progress of the sport presentation of Karate’s top events. Both countries hosted Karate 1-Series A tournaments in 2017 in Istanbul and Okinawa; the success of the two events gave way for Tokyo and Istanbul to organise Karate’s first-class competitions in 2018.

Consolidation of Karate 1-Series A

Developed to provide karatekas with more opportunities to compete at the highest level, the Karate 1-Series A has topped all expectations in terms of participation and sportsmanship. Over 800 competitors from 65 countries participated as an average in the inaugural edition of Karate 1-Series A. The cities of Toledo (Spain), Salzburg (Austria), Istanbul (Turkey) and Okinawa (Japan) hosted Karate 1-Series A events in 2017. 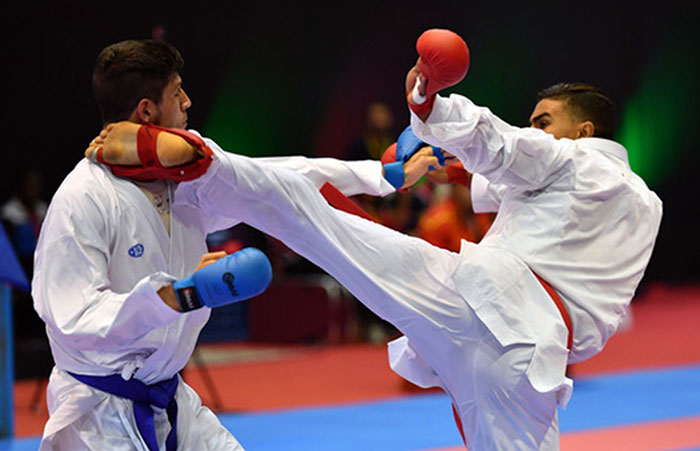 As the Karate 1-Series A is expected to continue growing in next years, the WKF decided to consolidate the event by taking the tournaments to bigger venues and emerging markets. In 2018 the Karate 1-Series A will be held in Guadalajara (Spain), Salzburg (Austria), Santiago (Chile) and Shanghai (China).

“Karate is a global sport like no other. Not only it is being practised all over the world, with 191 national federations currently active in the WKF, but popular events are being celebrated worldwide, as it was widely stated in 2017. In 2018, we are taking major Karate events to eleven countries in four continents, and I am convinced that Karate 1-Premier League and Karate 1-Series A will continue the spectacular presentation of our sport around the world,” said WKF President Antonio Espinós.

New competition to highlight popularity of Karate among youngsters

One of the top moments of the year for the governing body of the sport was the celebration of the highly-popular WKF Youth Camp & Karate 1 Youth Cup. Over 2000 athletes aged 10 to 20 from 64 countries and five continents travelled to Umag (Croatia) to commemorate values such as respect, tradition and honour of Karate at young ages. 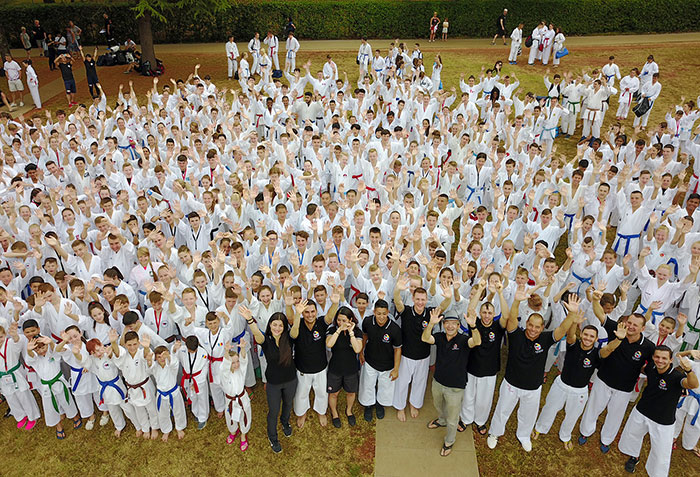 As a result of the growing impact of underage Karate events, the WKF has decided to further highlight the popularity of the sport at young ages by introducing a new competition format: the Karate 1-Youth League. This new event is created to give young athletes more chances to continue their progress in the sport while setting the stage for youngsters to make their dreams in Karate come true. The Karate 1-Youth League starts in 2018 and will travel to Sofia (Bulgaria), Umag (Croatia), Cancun (Mexico) and Venice (Italy).

Karate heading to its Olympic debut

The Karate world is counting the days to make its Olympic debut. While this anticipated moment comes, the Olympic hopes and dreams of young karatekas were staged at the 2017 WKF World Cadet, Junior & U21 Championships. The event which was held in Tenerife (Spain) broke all participation records with over 1700 young athletes from 107 countries competing at the six tatamis installed on Pabellon Santiago Martin sports hall. 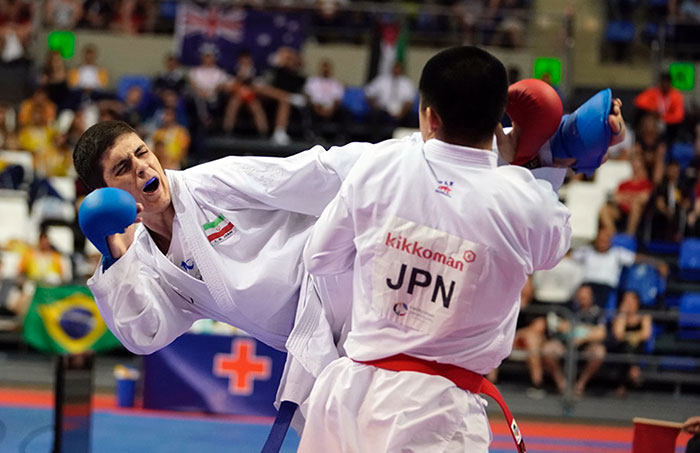 “This tournament was a demonstration that Karate is a sport, a martial art, but above all, it is a social movement that attracts a massive number of people. Thousands of people are involved in Karate as we could see in Tenerife. It is an honour to be the president of the World Karate Federation and to see how much our sport has progressed,” said WKF President Antonio Espinós.

The massive celebration of the sport at the World Karate Day, the demonstration of Karate’s sportsmanship at The World Games, and the progress of the discipline showcased at the continental championships were other of the main highlights of the memorable year for Karate.

“We have come so far in such a short space of time and I am proud to see Karate enjoying such a golden era in 2017 and beyond. Now that we move into 2018, we get even closer to Tokyo 2020; it means that we must continue working hard to open new horizons for our sport. We have a wonderful year to look forward to, with so many opportunities to show the best of our sport; I am sure that with the cooperation of all the members of the Karate family our dreams will keep on becoming a reality,” added WKF President Antonio Espinós. 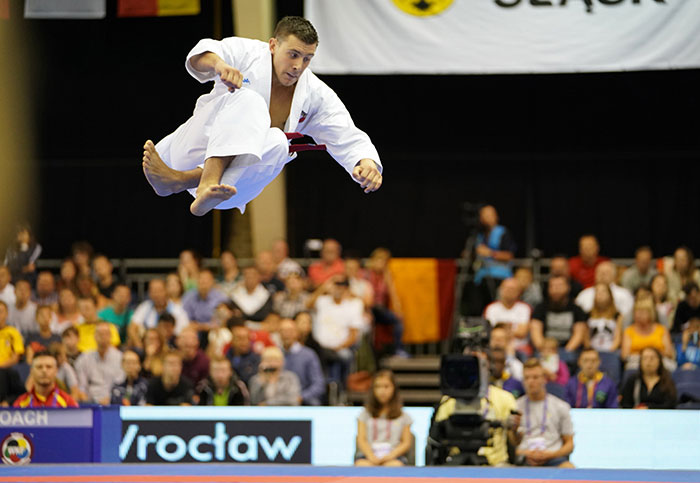