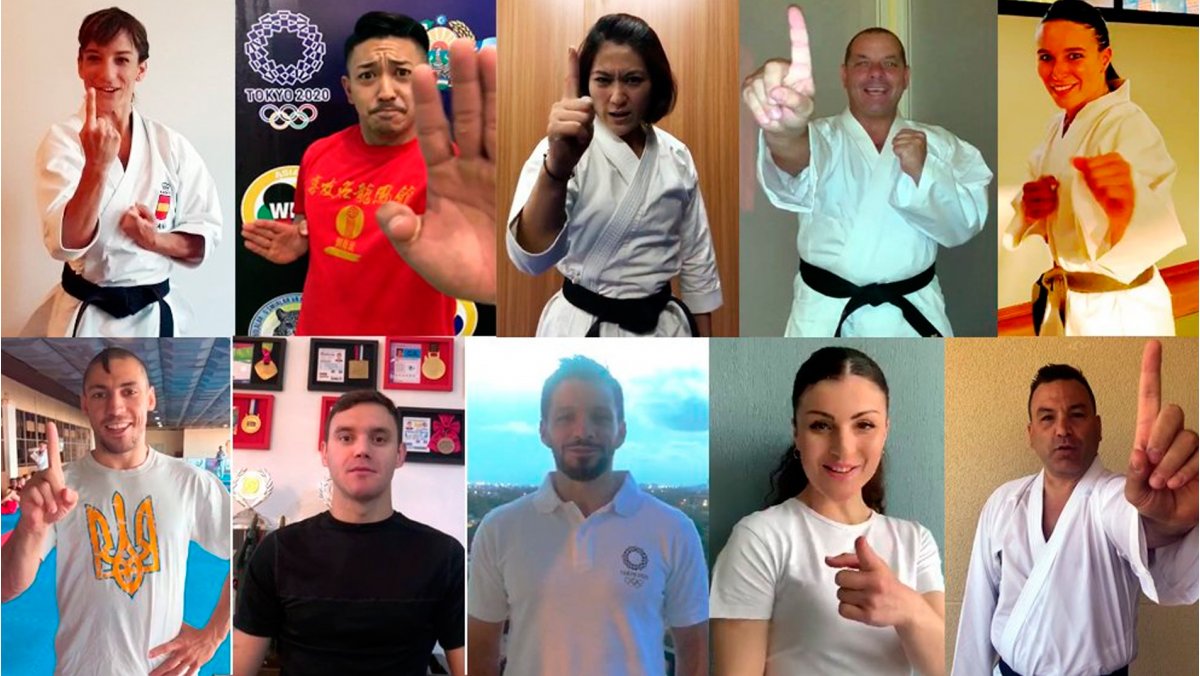 The Tokyo 2020 Olympic Games start in exactly one year and the Karate world could not be more thrilled. The down to the anticipated Olympic debut of the sport is on, and excitement is growing and growing among karatekas all over the world.

The Tokyo 2020 Olympic Games start in exactly one year and the Karate world could not be more thrilled. The down to the anticipated Olympic debut of the sport is on, and excitement is fast growing among karatekas all over the world.

In exactly 365 days, the Games of the XXXII Olympiad will be officially opened. On July 24, 2020 the historic Tokyo 2020 Olympic Games will , with the 2020 Olympic Karate event getting underway barely two weeks later in Nippon Budokan arena. The world’s best Karate athletes will gather at the magnificent Nippon Budokan from August 6 to 8, 2020 to fight for the first Olympic medals of the sport.

“The Karate world is extremely delighted that we have only one year to go to the Olympic Games Tokyo 2020. Our beloved sport will make its Olympic debut there, and millions of Karate fans from all over the world are ing the days to finally see our Olympic dreams coming true,” said WKF President Antonio Espinós.

“It will also be a very special moment for us since we will be making our Olympic introduction at Nippon Budokan, the same venue the first Karate World Championships were held 50 years ago. So, our history will come full circle in exactly one year!” added the head of Karate’s international governing body.

To celebrate such a momentous date, top Karate athletes from all over the world have ed the campaign #1YearToGo as a demonstration of the exceptional involvement of the sport in the Olympic movement.

“Are you ready to see our beautiful sport? See you there!” stated three-time European champion Vicky Panetsidou of Greece. “I am very excited that Karate will be an Olympic sport for the first time in Tokyo, Oss!”, pointed out two-time World champion Antonio Diaz of Venezuela.

“Come with us and watch this new Olympic sport!” said two-time World Champion Douglas Brose of Brazil; newly-proclaimed European Games champion Stanislav Horuna of Ukraine added: “I am very excited that Karate will be present at the Olympic Games in 2020!”.

“I am thrilled to see Karate in the Olympics for the first time, I will try my best to be there,” declared current World champion Sandra Sanchez of Spain.

The quest to the Olympic debut of Karate is intensifying in the coming months. While karatekas continue making their best to earn the points to ascend in the Olympic standings, the “Ready Steady Tokyo” Karate test event is set to take place at the magnificent Nippon Budokan on September 9, 2019. The Karate Olympic qualification tournament is scheduled to be held in Paris (France) on May 8 to 10, 2020.