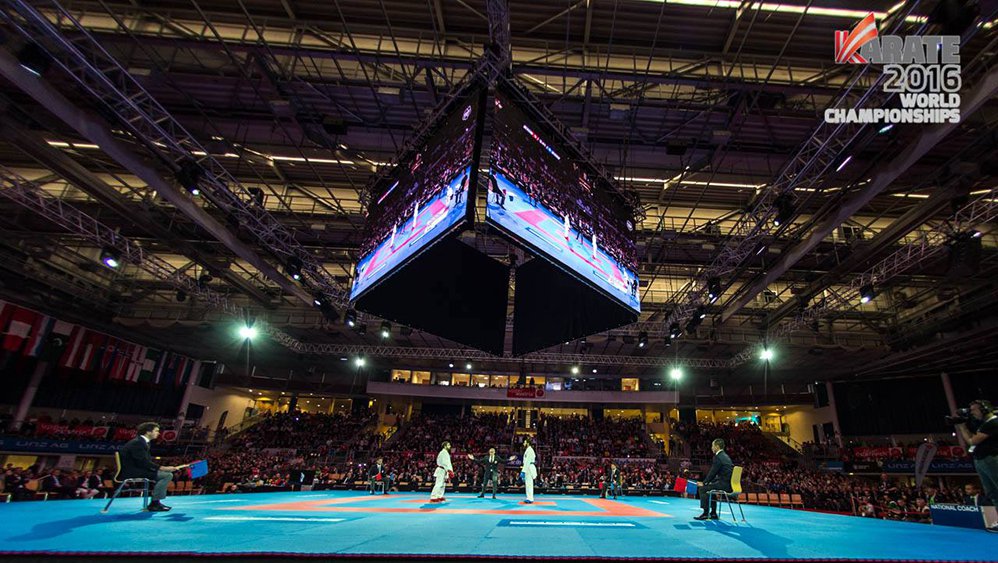 The 2016 Karate World Championships crowned the new kings and queens of the sport in a memorable tournament held in Linz (Austria) this past week. After five thrilling days of action, the Karate world got to know the new heroes of the ancient discipline, in an event with many moments to remember.

The 2016 Karate World Championships crowned the new kings and queens of the sport in a memorable tournament held in Linz (Austria) this past week. After five thrilling days of action, the world of Karate got to know the new heroes of the ancient discipline, in an event with many moments to remember.

1. Five?s a charm for Rafael Aghayev

Rafael Aghayev confirmed his status as Karate?s biggest star and one big winner of the 2016 Karate World Championships after claiming his fifth world title. The World Championships gold medallist in 2006, 2008, and 2010 prevailed in Linz in an impressive showcase of speed, ability and ambition so to achieve an unparalleled feat in the sport. When the Azerbaijani hero received his impressive seventh medal in World Championships, the TipsArena sports hall in Linz ? as well as thousands of fans around the world ? hailed Rafael Aghayev as Karate?s number one athlete.

2. Two gold medals for Alexandra Recchia? in half an hour

The last notes of The Marseillaise still resonated in the TipsArena sports hall to honour Alexandra Recchia?s outstanding victory in Female Kumite -50kg, but as fierce as the brave karateka is, celebration of victory was not quite on her mind. The 28-year old Karate heroine rushed out of the podium to help the French squad win yet another gold in Female Team Kumite competition in a legendary performance. Barely half hour later, the current European champion was receiving her second gold medal in the tournament, for a total of five awards in World Championships. This remarkable and golden success makes Recchia one of 2016 Karate World Championships biggest stars. 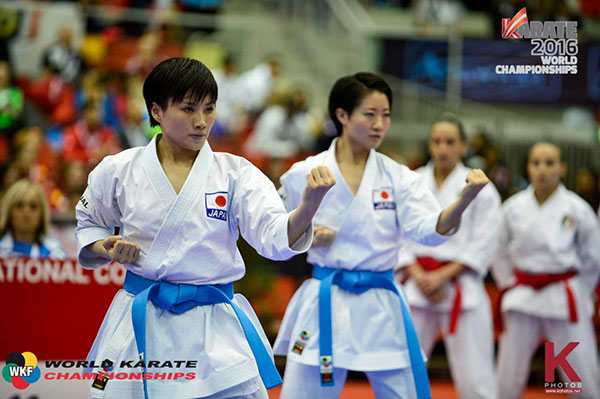 With four gold medals in four competitions, Japanese Karate demonstrated their absolute domination of Kata categories. Kiyou Shimizu claimed her second consecutive title in Female Kata, while Ryo Kiyuna completed a dream tournament with golds in individual and team competitions as well as his inclusion in the WKF Athletes Commission. Two-time world champion Kiyuna?s perfect record in Linz helped the Japanese kata ace to be proclaimed as leading name of the event. The victory of the Female Kata Team wrapped up an unbeaten performance by the Japanese delegation in the category of choreographed movements thus stating the power of the representatives of the birth nation of the ancient discipline.

The 2016 Karate World Championships will be remembered for the induction of a new lineage of world champions. Renovation prevailed in most categories at stake, and young Karatekas demonstrated the remarkable momentum of upcoming stars in their quest to become the new kings and queens of the sport. In fact, only four gold medallists repeated on top of the podium in Bremen two years ago and now in Linz, with Japan?s Kiyou Shimizu in Female Kata, Giana Lotfy in Female Kumite -61kg, Ryo Kiyuna in Male Kata and the Iran Kumite Team extending their domination in their respective categories. The regeneration of world medallists was so widespread that out of the 48 medals being awarded in Linz, 29 of them went to newly proclaimed World Championships medallists. 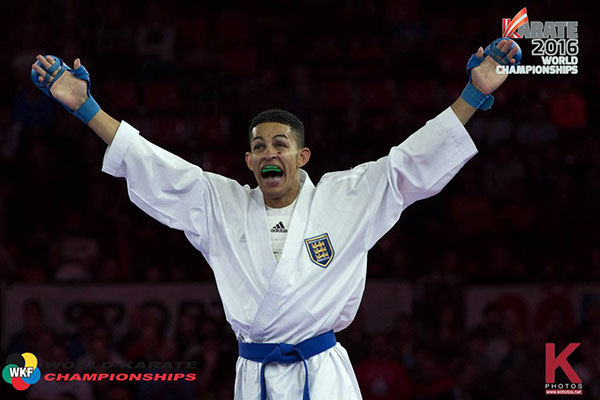 One main representatives of this new breed of champions was England?s Jordan Thomas. The 24-year old karateka achieved the most convincing victory in the finals at the 2016 Karate World Championships after dominating the bout against Yves Martial Tadissi of Hungary. The Luton native became Britain?s first champion in 12 years, and he proved that Karate passes from parents to children: Jordan Thomas? father Willie also won the gold medal at the Karate World Championships in 1992.

Austrian Karate family did not only have the chance to experience live the biggest event of the sport, but the host ry had its share of success on the tatami. The TipsArena sports hall in Linz turned into a Austrian celebration when local heroine Alisa Buchinger was proclaimed new world champion in Female Kumite -68kg. The Salzburg native signed a perfect tournament and beat Denmark?s Katrine Pedersen to claim gold in front of family and friends. Her impressive performance was recognised with her designation as MVP of the tournament in Female Kumite.

The 2016 Karate World Championships showcased the second edition of the always inspiring and heartening Para-Karate competition. Nearly a hundred competitors from 26 ries demonstrated the impressive power of will and their outstanding abilities in the three Para-Karate categories. Representatives from 12 nations went home with medals with Germany topping the final standings, and with Raymond Morcomb of Australia and Knarik Airapetian of Ukraine earning the MVP awards. However, all competitors deserve the glory for proving that there are no barriers big enough when it comes to Karate. 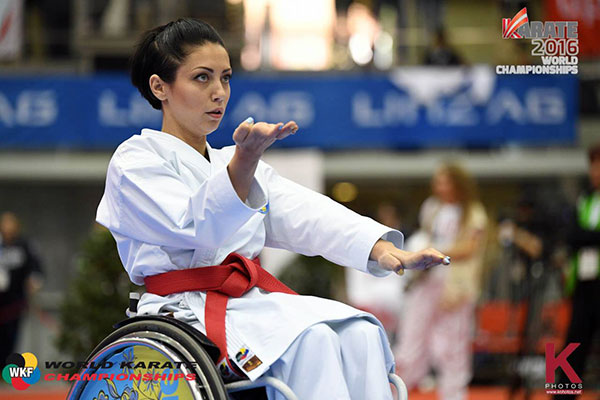 For the first time, a team of refugees participated in the Karate World Championships. Competing under the WKF flag and directed by a WKF appointed head coach, athletes with refugee status had the opportunity to live firsthand Karate?s biggest event. The emotion for being in Linz and their wishes for a better future marked the participation of the hopeful competitors, who defined their days in Linz as "unforgettable experience".

The 23rd edition of the Karate World Championships was an event of firsts. The event in Linz was the first big Karate event after the inclusion of the sport in Tokyo 2020 Olympic Games, and the feeling of gratitude and momentousness was shared among thousands of participants and thousands of fans who filled the stands during the five days of competition. The 2016 Karate World Championships were also record-breaking in terms of participation, as an unparalleled number of competitors took the tatami during the event. The event was also the first to present live stream of both the finals and bronze medal matches.

It was the tune that livened the event during the five days of action. But the official song of the event ?We are Karate? also represented the sense of unity of the sport which was showcased in Karate?s biggest stage. Fans from all over the world ed hands in celebration of a remarkable event in a momentous time for the ancient discipline.